I would like to thank Healthcabin  for sending me the Blitzen free of charge for review. Despite that I will give my honest opinion.

The Blitzen comes in the standard orange and black box which is associated with geekvape. Mine is the sample pack, so yours may look a little different. The contents however, should remain the same 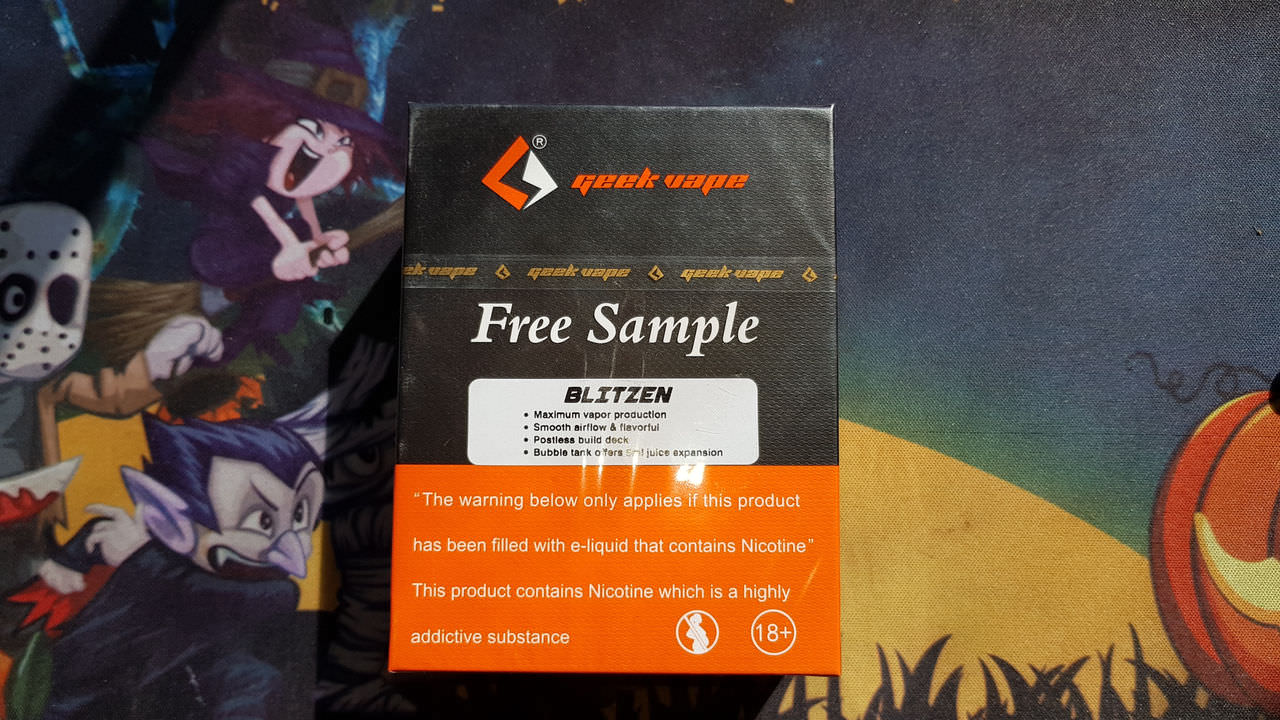 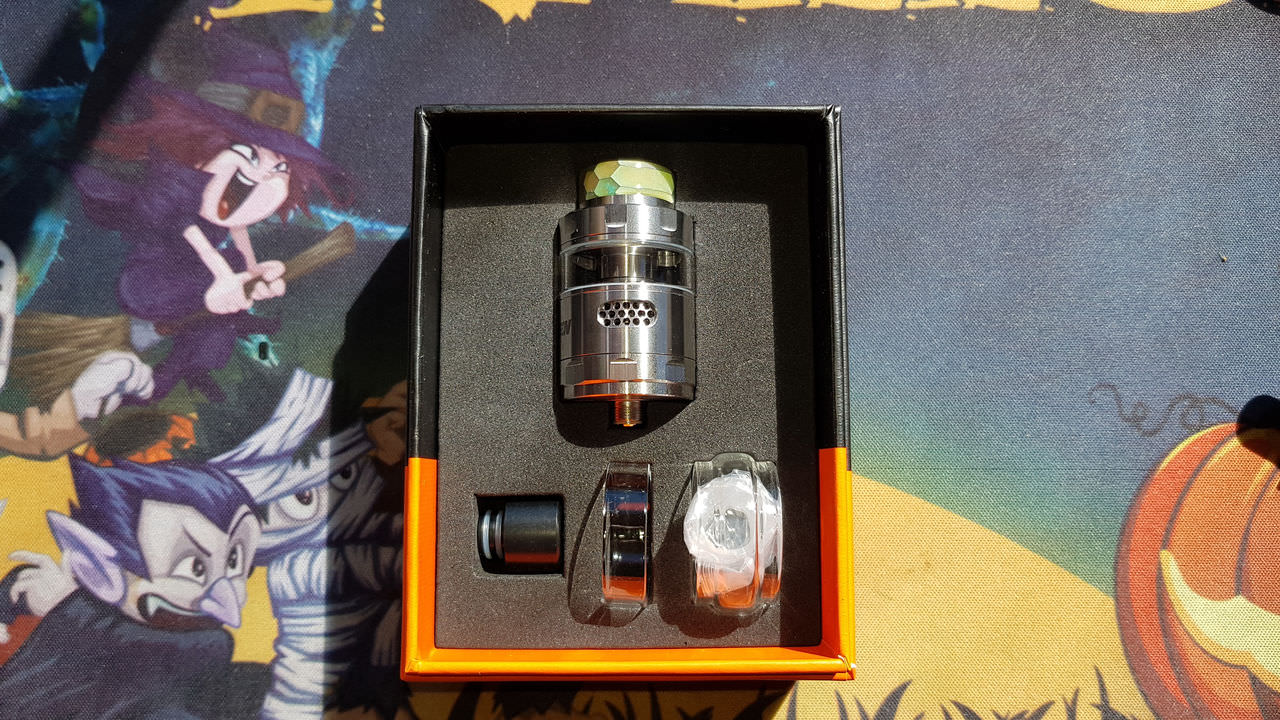 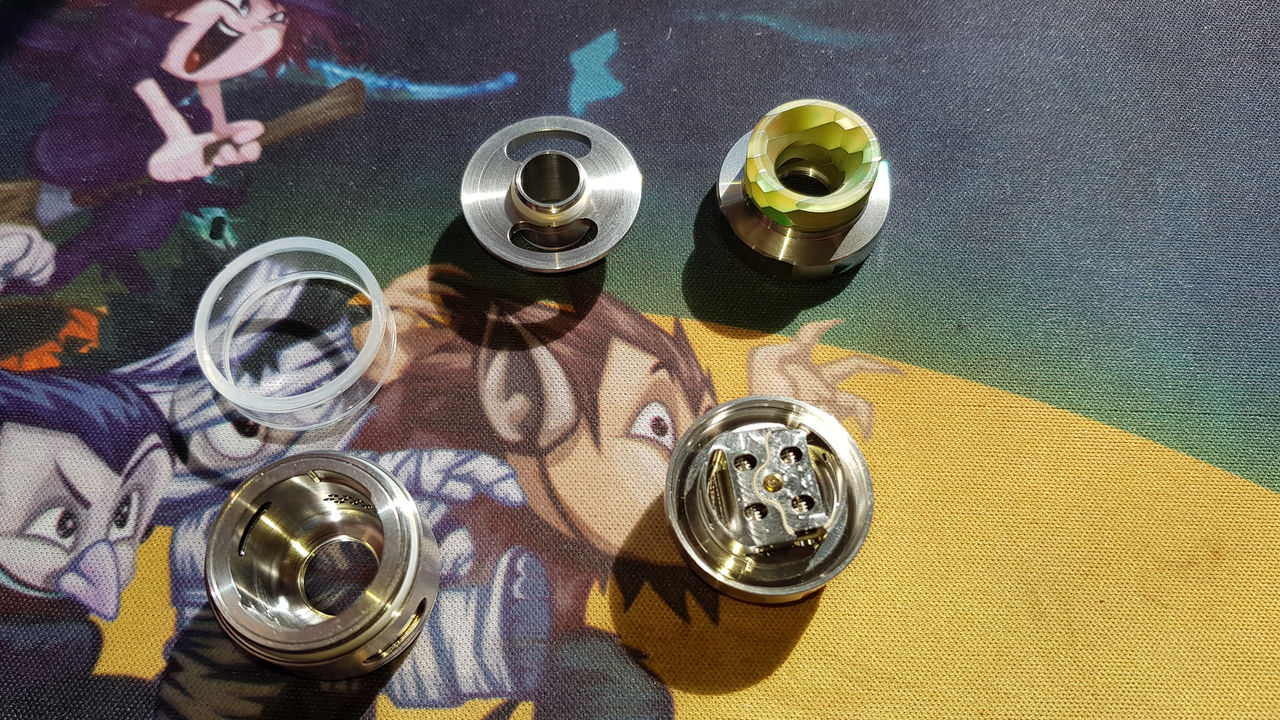 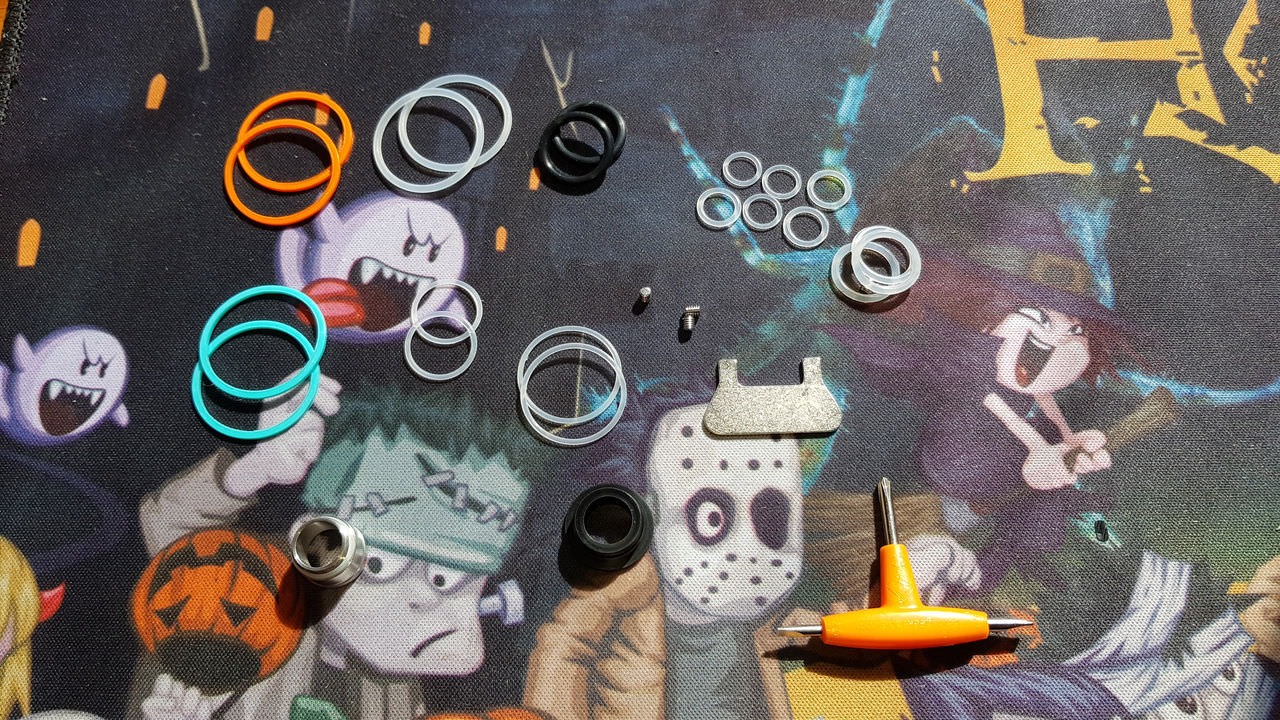 Observations:
The tank is nicely finished, well machined and clean, as I have come to expect from Geekvape. There are several features that are unmistakeably similar to Steamcrave tanks. Since I love my Steamcrave gear, I’m happy to see a few features emulated here. 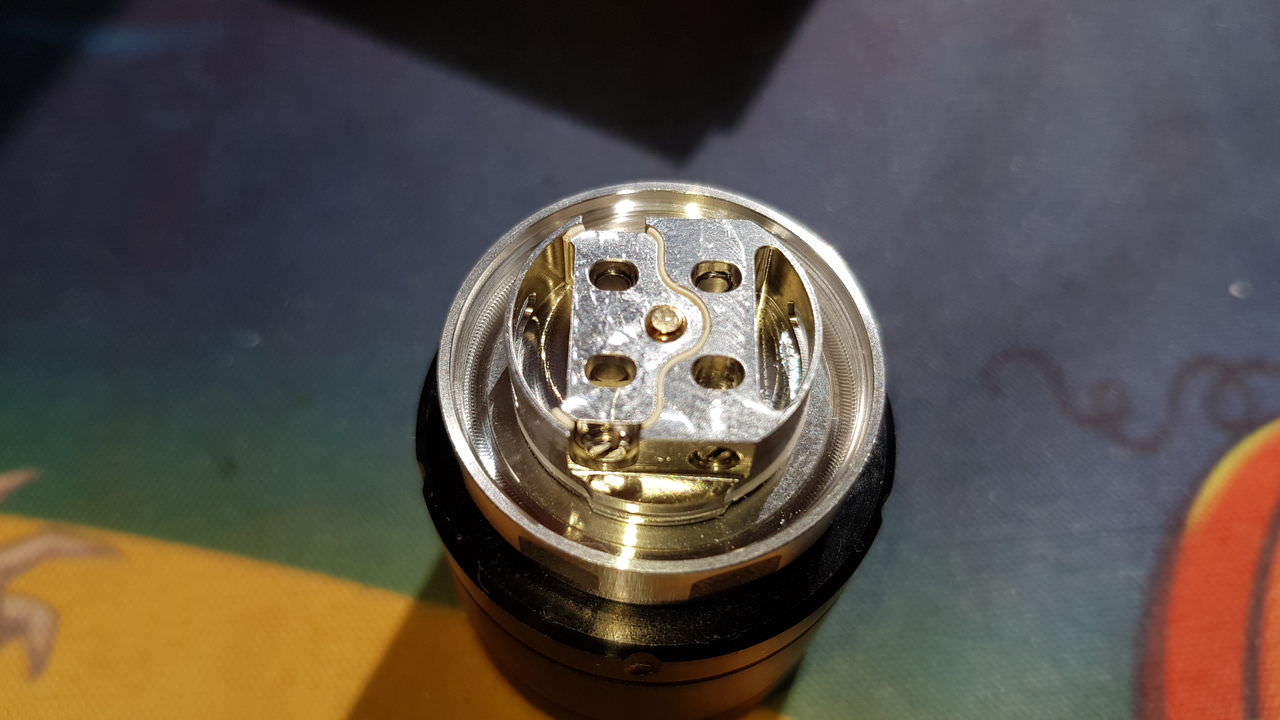 The deck on the Geekvape Blitzen is very similar to the Steamcrave Aromamizer Plus – just slightly smaller in size. I love my postless decks – I find them super easy to use. 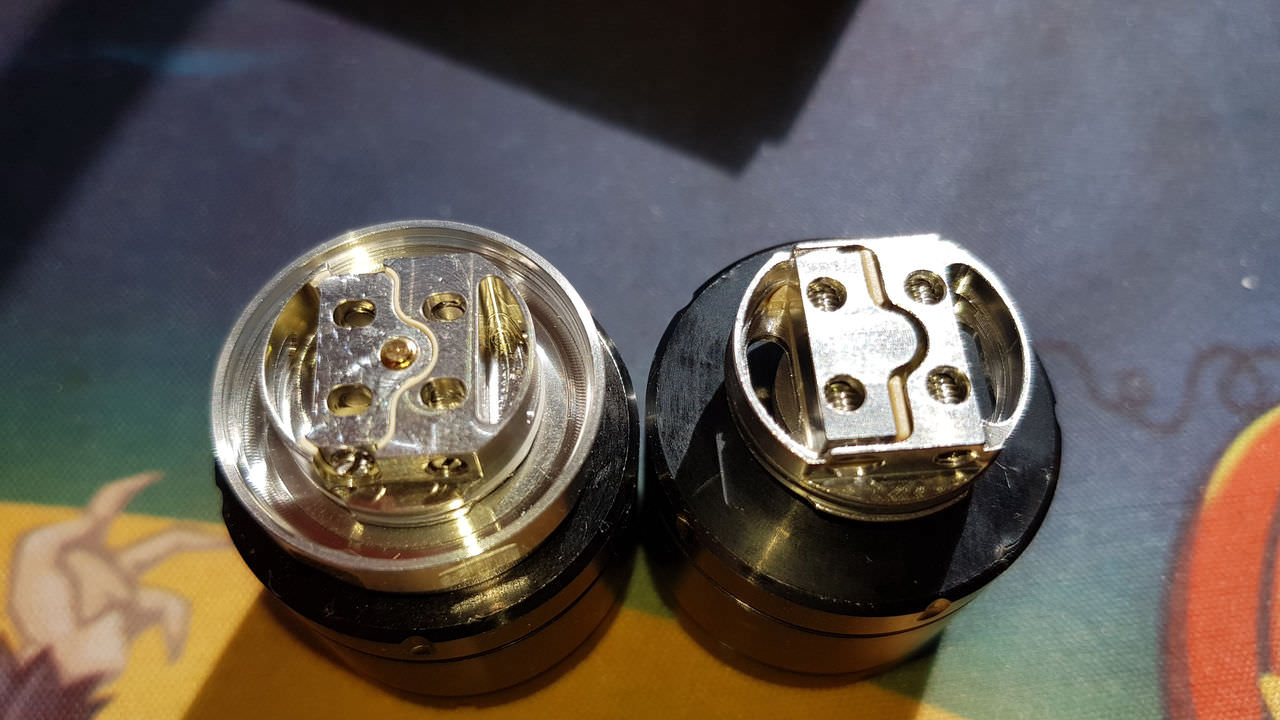 The 18mm deck is a breeze to build on and will fit some decent sized coils should you wish to put some biguns in. 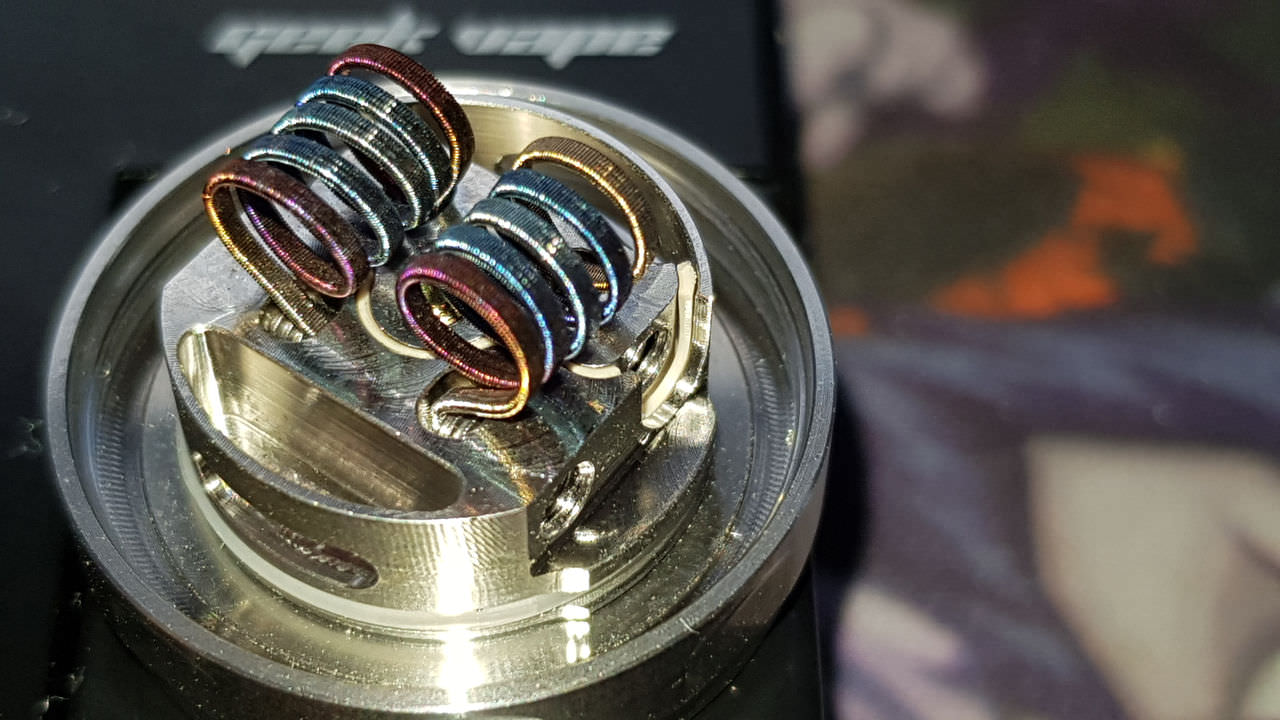 The similarities don’t stop with the deck. The Airflow is also quite similar – it provides ample air and a smooth quiet draw which hits the coils at a perfect angle. I tend to build a little closer to the deck and found that the large airflow enabled me to do this without a compromise in flavour. 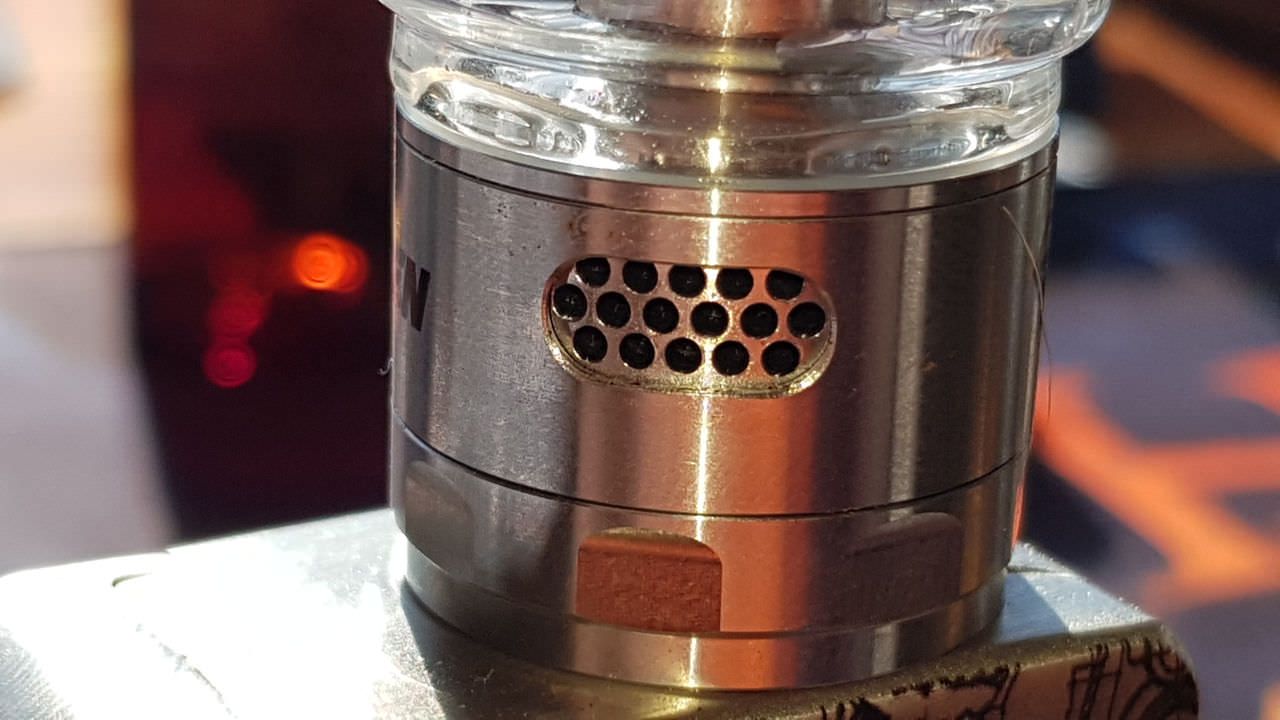 The Blitzen gives me a great moist warm vape with plenty of flavour. It comes in 5 colours making matchy matchy a bit easier for the ocd among us. 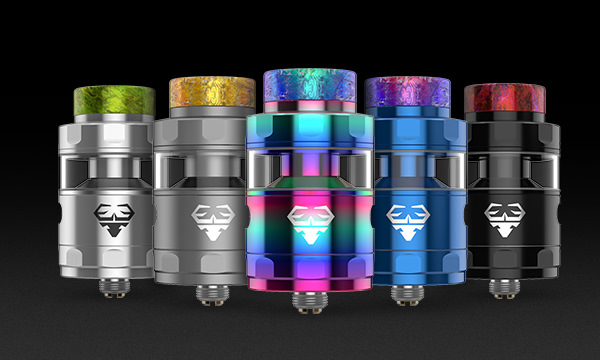 For those of you in the EU, the Blitzen comes with a 2ml glass installed for TPD compliance. For the rest of the world, changing to the 5ml bubble glass and installing the chimney extension will likely be the first thing done. Be aware that using the 5ml bubble glass will make the Blitzen a wee bit taller and while I don’t notice much flavour loss, it could be an issue for some. Using the bubble glass does upset the clean lines of the tank, but I am simply too lazy to fill it as often as I would have to when using the 2ml glass.

I have always liked the number of spare parts and odds and ends that Geekvape provide with their gear, I particularly like the chimney key and have found it a useful tool on other tanks.

Conclusion:
I really like the Geekvape Blitzen and in the 2 weeks of using it have not found any major cons.

Cons
Can be a little tricky lining up the slots on the deck so the coils are positioned correctly with the airflow holes.

I would love to see the fill holes in a recess just so any spilt juice doesn’t squeeze out and run down the outside of the tank.

Would I buy it?
Sure I would, the price is reasonable and the tank is a quality tank. It can be yours from Healthcabin for $34.20 (at time of publishing):

I am going to do just that right now and read @mjag’s review on the Blitzen.