Excuse my Rihanna impression in the title, what can I say, that song just iSticks with you…..yeah, I struggle…sigh.

The Eleaf iStick Pico 21700 kit with ELLO tank was sent to me for review directly from Eleaf.

Available in a variety of colors 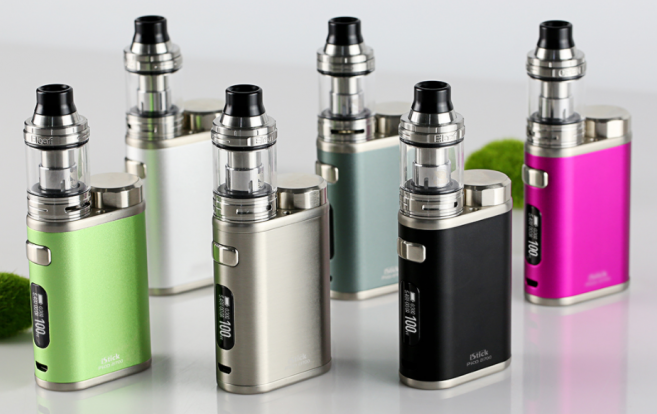 I know there are a lot of fans of the iStick Pico mods and all the variations over the years. Can’t say I was one of them although I did own the 26650 version briefly before a friend of mine just had to have it. This is my first time using one over a month and although it didn’t wow me it also never let me down.

The thought of reviewing a 21700 mod did intrigue me, at the time I did not have any 21700 capable mods and included in this kit was a Avatar Controls 30A 4000mAh 21700 battery. The battery has been tested by Mooch, the name to know when it comes to batteries. He gave it a 20A 3900mah rating, using my Hohmbase charger in Battery Doctor mode I measured 4186mah but I would stick with Mooch’s ratings. There are better 21700 batteries out there, the Golisi S35 comes to mind which Mooch tested to be 30A and 3700 mah, less life but better if you vape at higher watts. 21700’s are still in there infancy though, better options are likely to be more plentiful in the future. If using with the included ELLO tank which works best under 60 watts the included 21700 will be fine though.

Eleaf does include a 18650 adapter, worked fine for me. 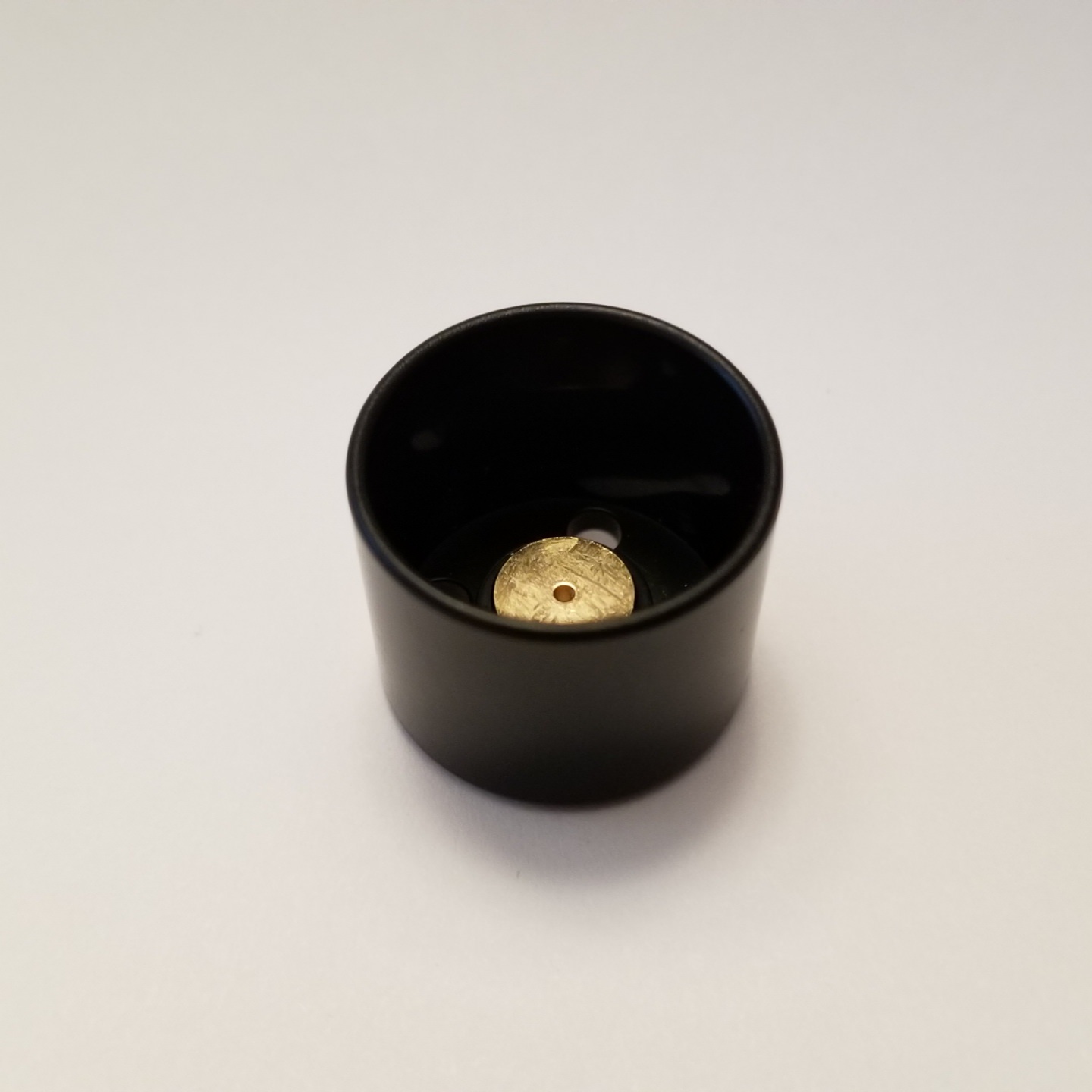 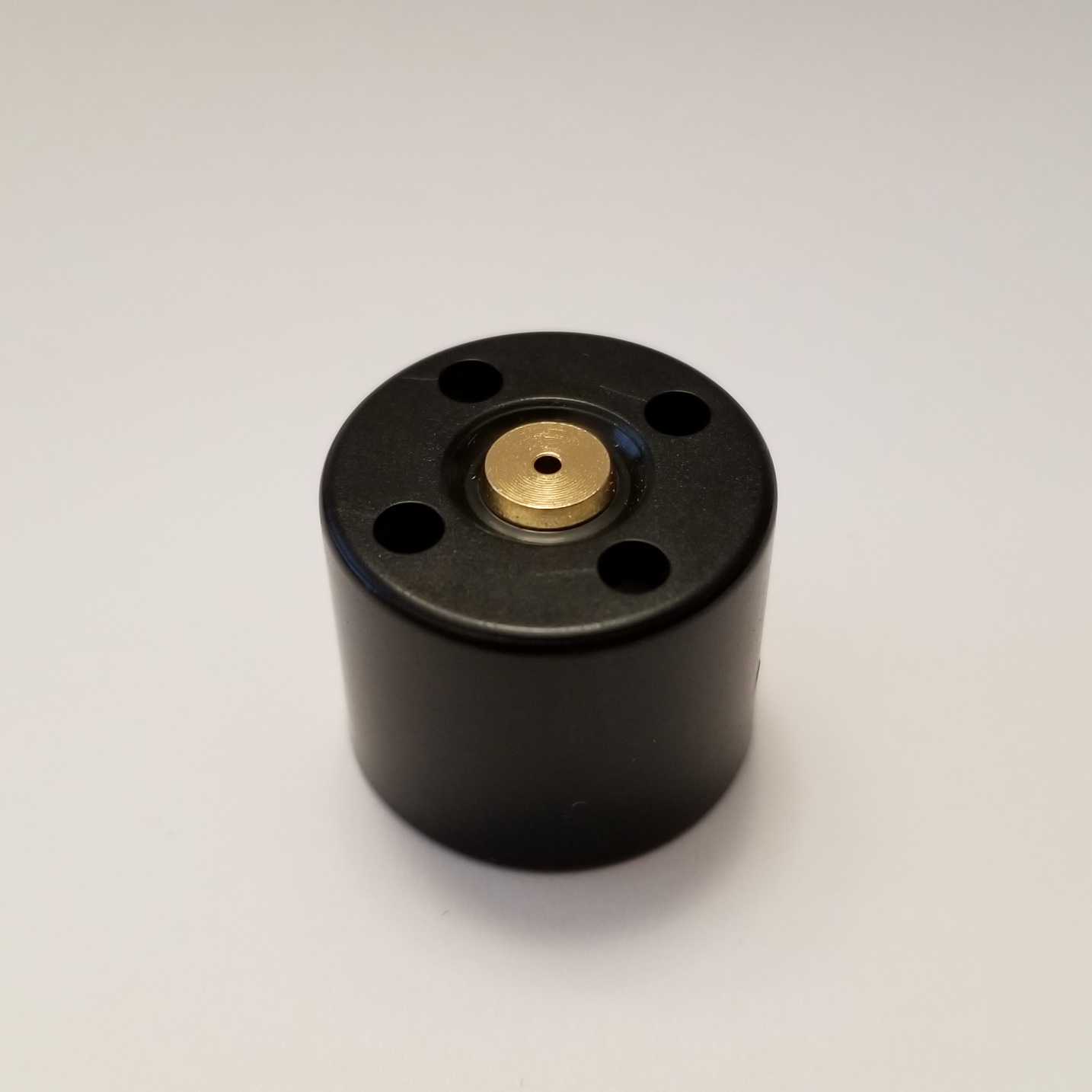 The mod itself is comfortable to hold, nice rounded sides and firing with either the index finger or mashing the button with your thumb. The + and – key are located under the mod, have to admit I would have liked them on the front faceplate instead, doing button combinations like + and the power button to go into the menu is a little awkward. 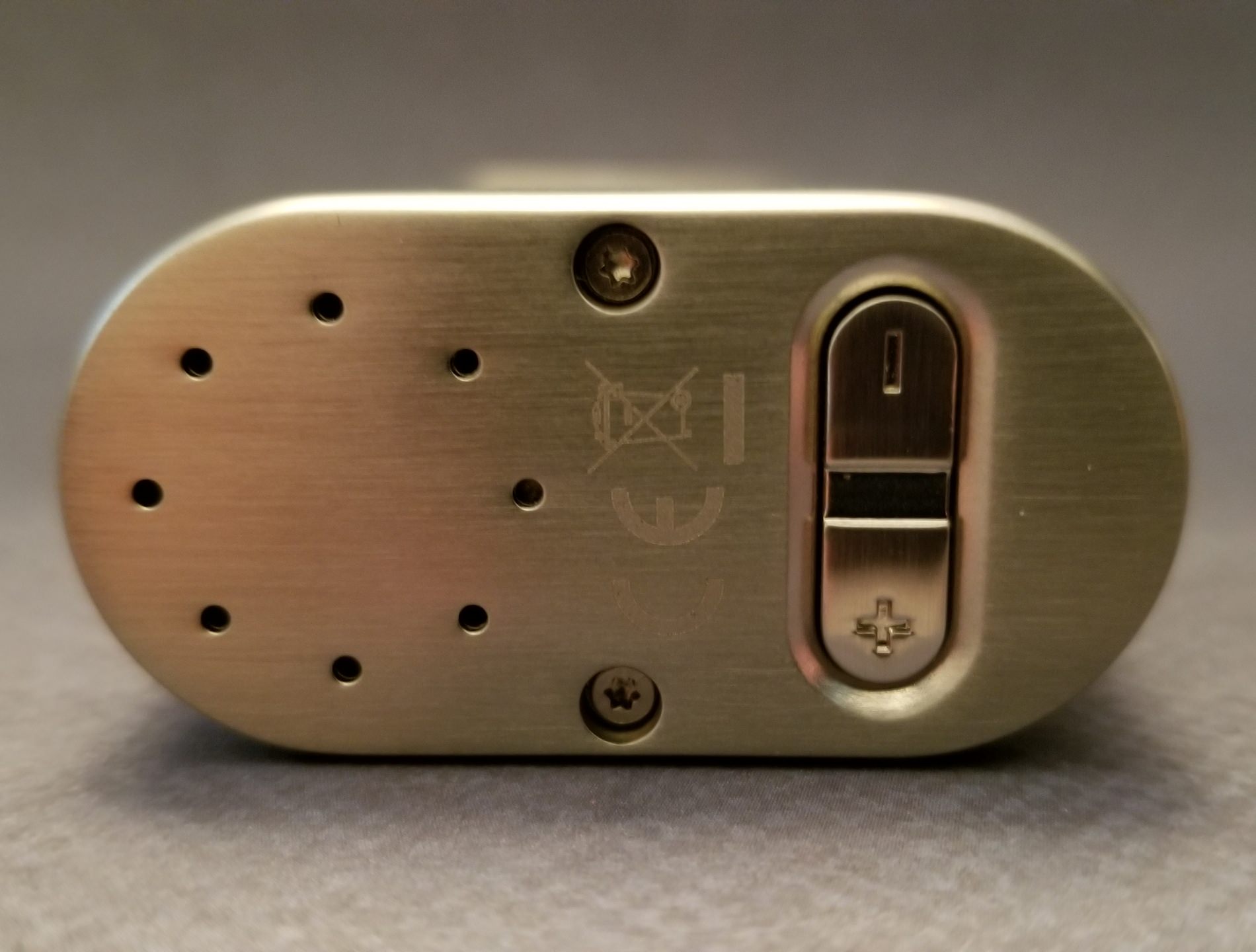 The buttons are nice and clicky, little play on the fire button but it did not rattle when I sholl the mod. I took the mod apart and the buttons are of nice quality. 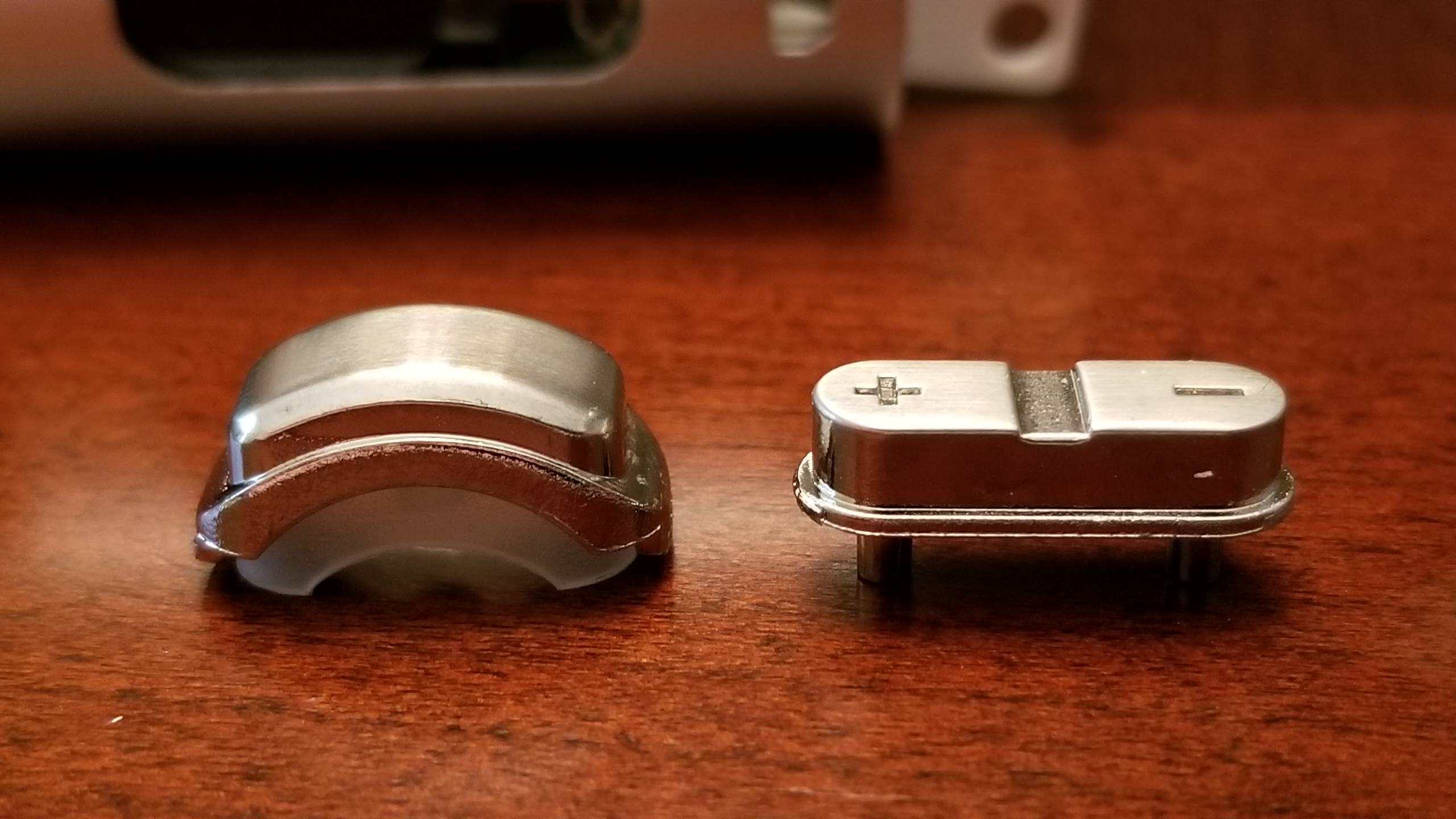 The 510 is pretty secure but I could not figure out how it is attached, could be press fit but that is just a guess. 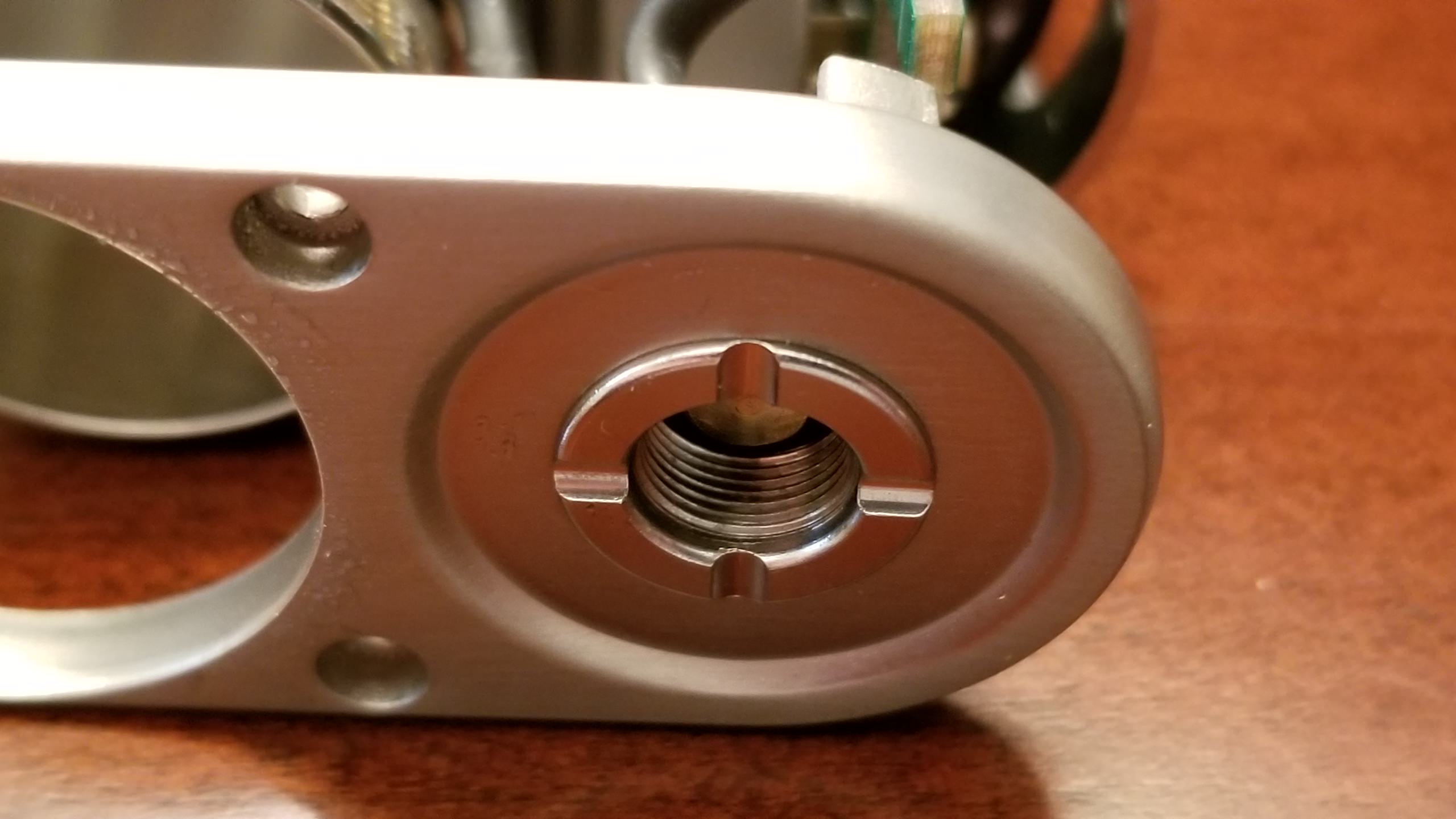 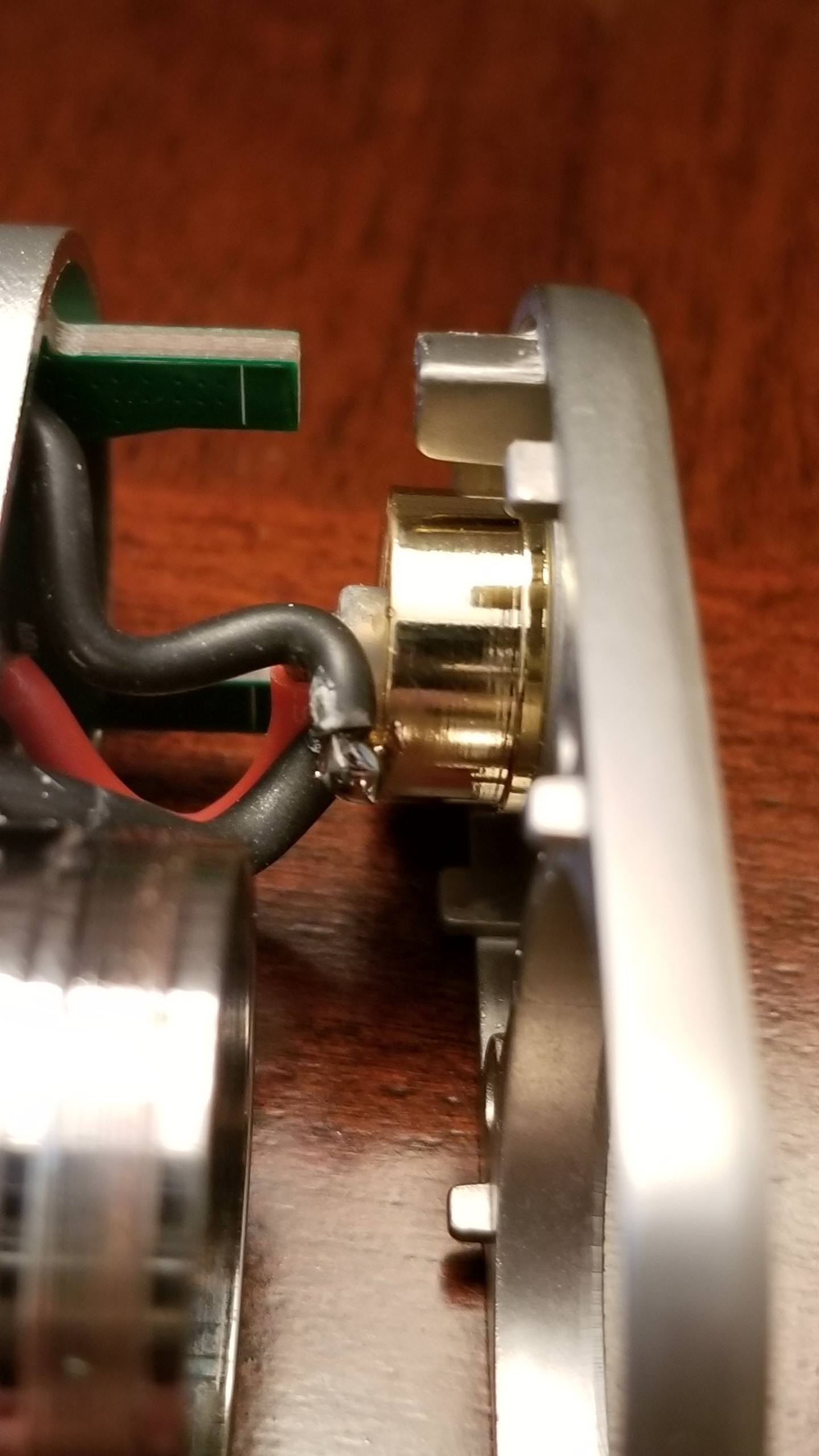 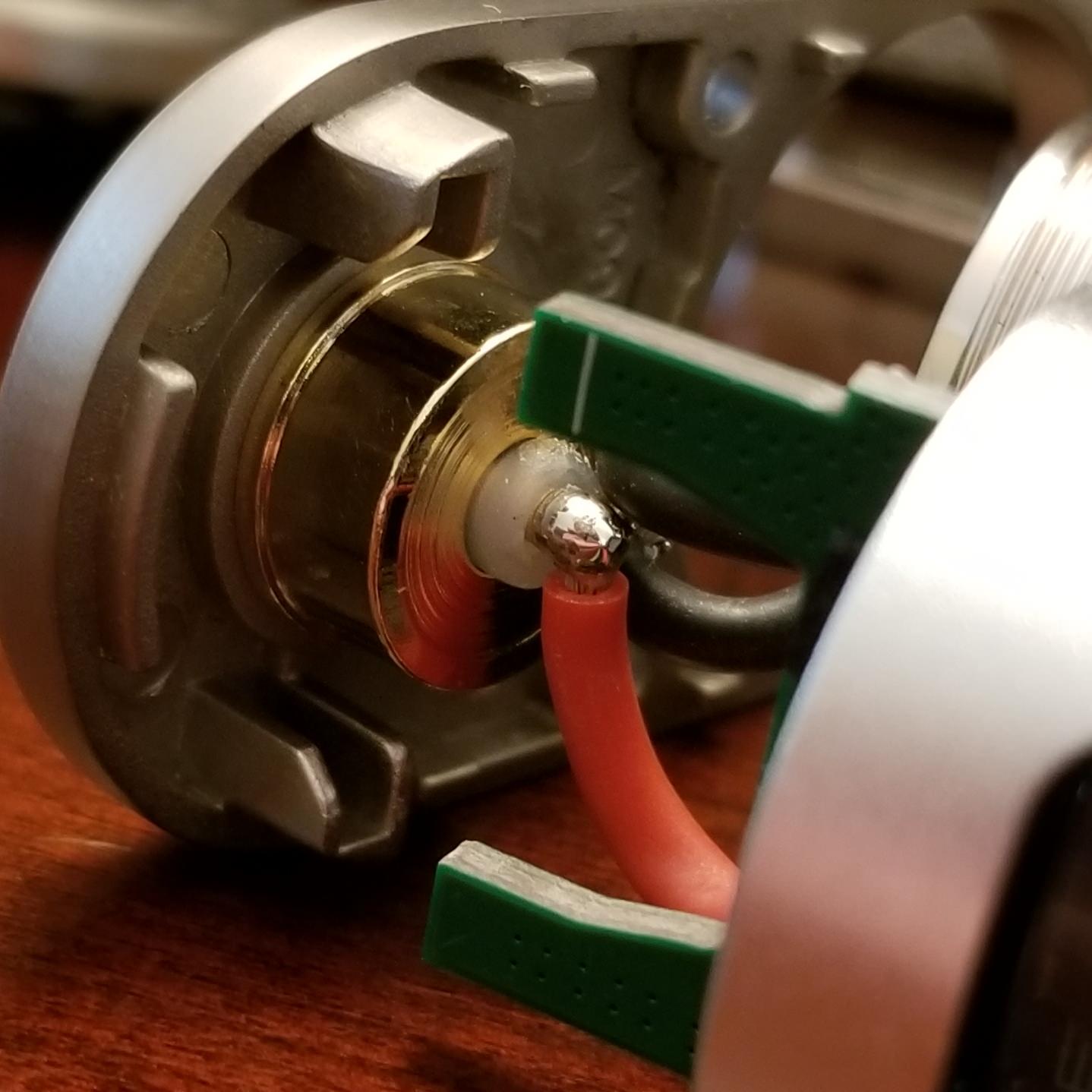 I tried pulling on the 510 with a tank installed and wiggling it back and forth….yes, I am still talking about the tank. The 510 feels pretty secure after more than a month, if it is press fit then it is done well but I would have liked to see it secured with a nut.

I did get a sample version and mentioned to Eleaf that the battery threading was too fine which made screwing the cap back on a little tough at first. They mentioned that they were aware of that and had already made changes to the production units. I got use to it after awhile but it can be a bit of a pain to screw back on when a tank is still on the mod.

The screen I feel is a little outdated, there are just so many better screens out there, the Eleaf Tessera screen for example makes the Pico 21700 seem antiquated. 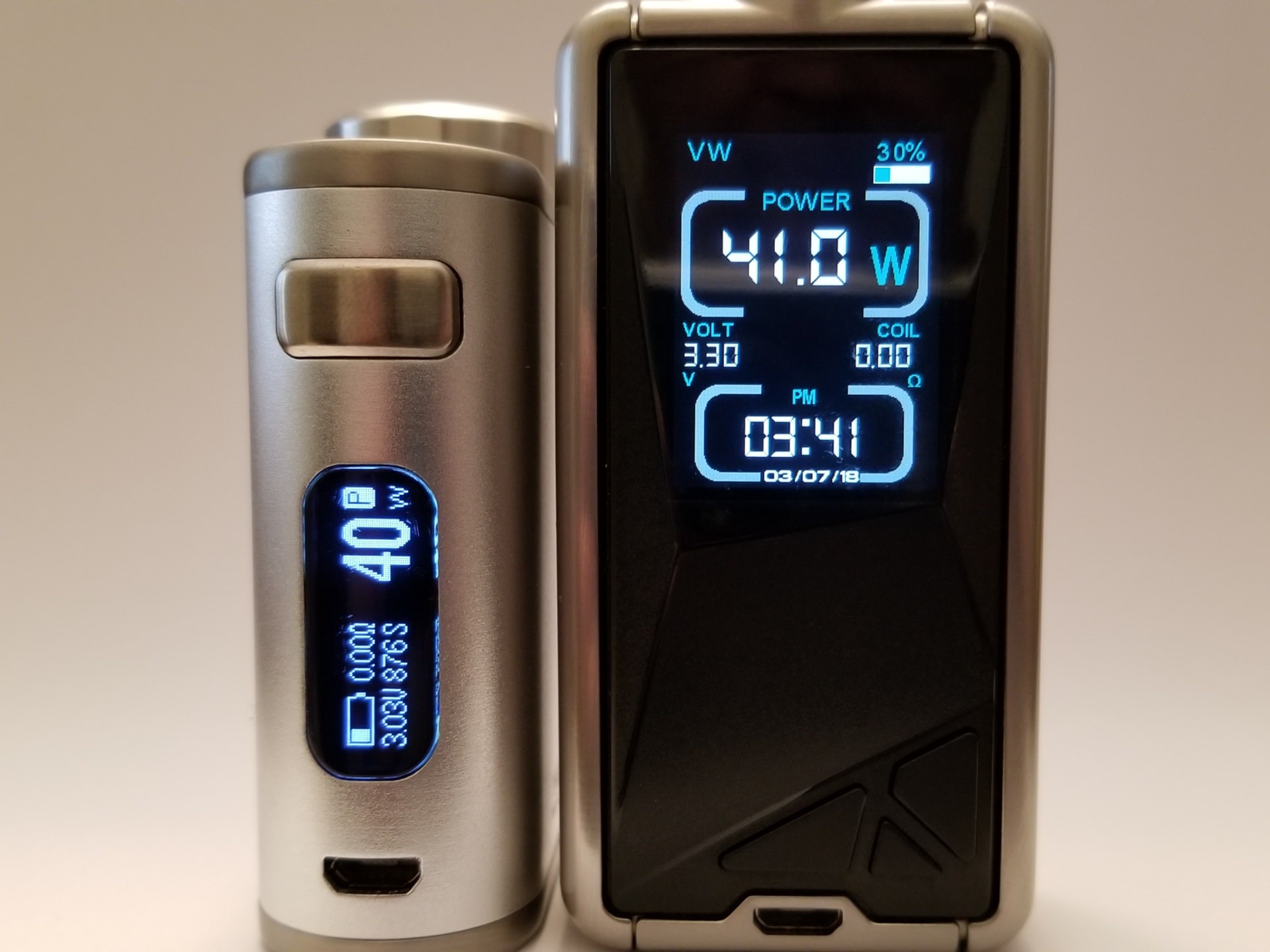 The menu isn’t the most intuitive, easy to figure out but there are much better menu’s out there. 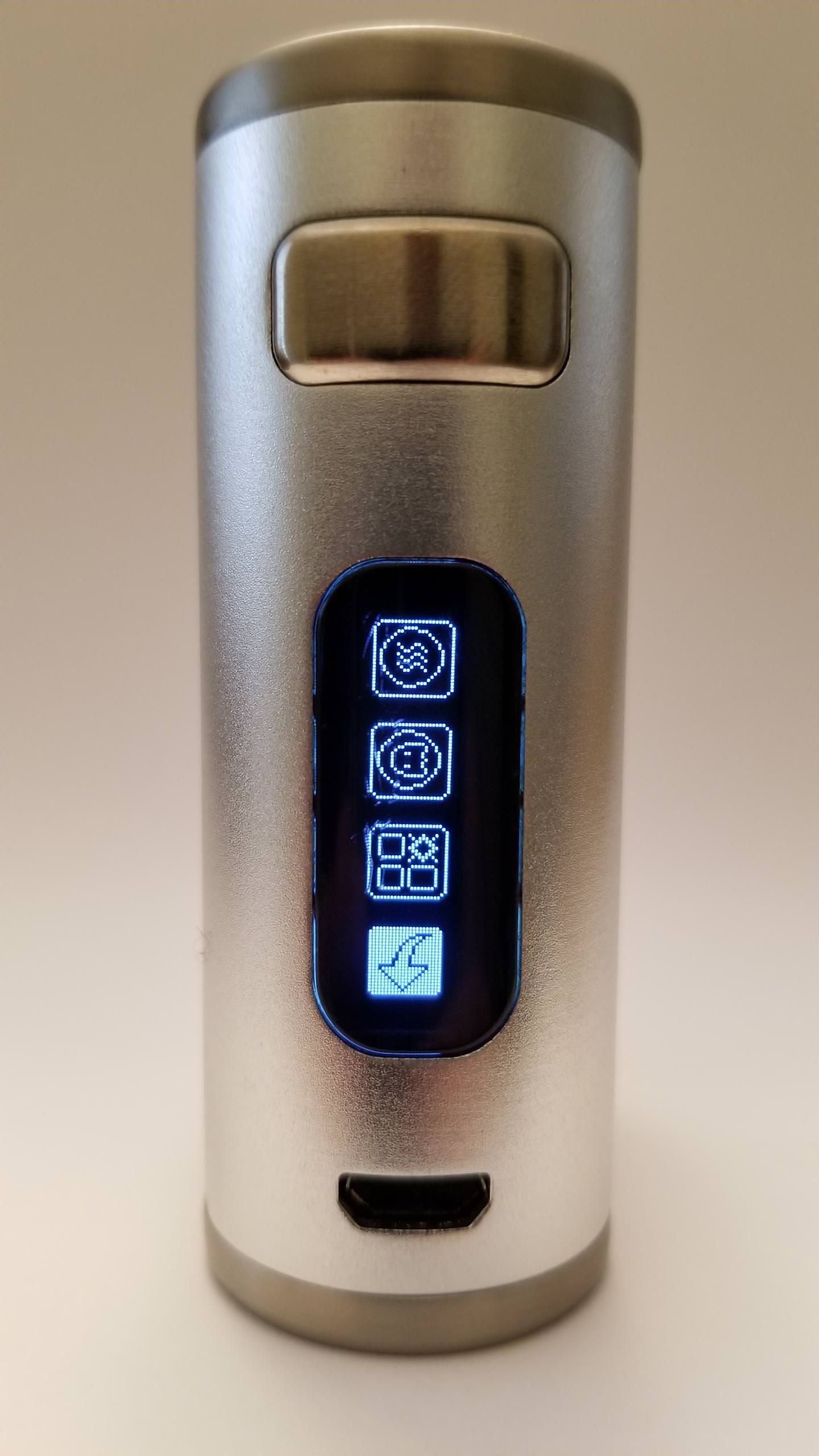 In everyday use my thought was always….well this could be simpler. For most people they will just adjust the wattage and vape, for those that get more into it the menu system is a little funky, like the early days of vaping. Overall not hard to figure out and the owners manual walks you through it well enough, I just feel it could have been improved.

You are limited to 25mm tanks due to the battery cap, I tried a 26.5mm tank but it was a no go. There is a way around that if you have a 25mm heatsink, you can fit as big of a tank as you want then…..check this out, fits like a glove 😉 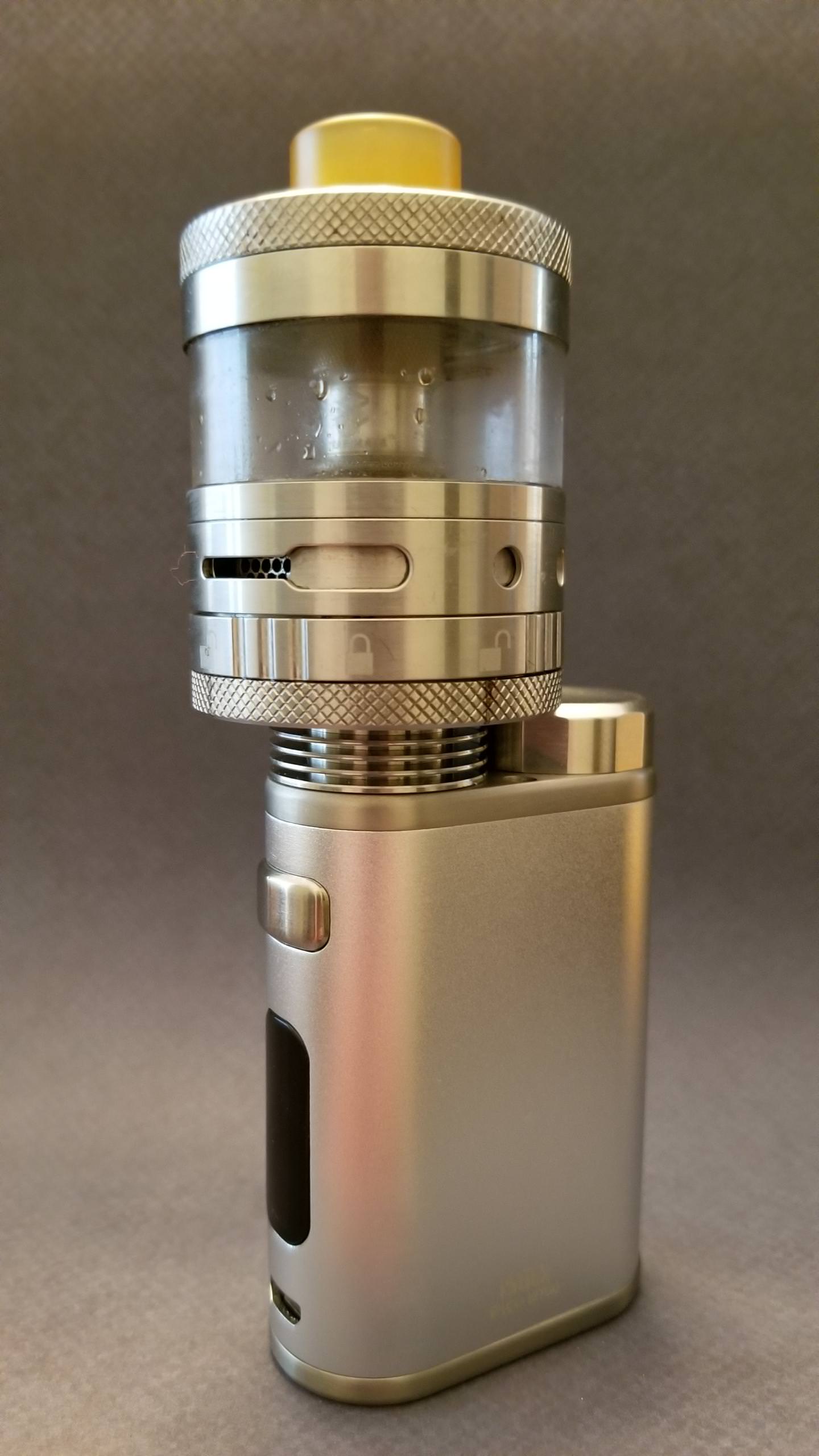 Battery life with the included 21700 was above average in the 40 to 50 watt range. It does have a puff/vaping time but I was not able to figure out how to reset it. I measured 3.43V on the battery when I was prompted to replace the battery.

As far as performance in power mode it did fine, nothing spectacular but no real issues I ran into in the 40 to 60 watt range. If you are looking to throw a high powered tank on here look elsewhere, running a TFV8 with 0.15 ohm coil hits low, the 20A battery doesn’t help and feels like 60 to 70 watts when set to 100.

No lag in firing, hit the fire button and it sparks right up.

It does have a preheat option were you can select the preheat wattage and duration from 0.1 to 2 seconds, you can also just turn it off. The preheat seemed to work fine but most of my time was with it off, more so for convenience as it is not a percentage based preheat which is more convenient IMO.

TC is hit or miss, got the best results with a single coil SS316L build but dual coil tanks were iffy. It will stop you from burning your cotton but some builds had a noticeable delay after hitting the fire button. It also runs a little hot with the SS preset, using the TCR function I was able to yield better results. Overall I would not recommend the Pico 21700 for TC, I enjoyed it more as a power only mod. Let’s face facts, the vast majority are power only users and as a medium wattage mod it works fine in that regard.

There is some hope for TC users though, Arctic Fox has a firmware for the Pico 21700. I have not tried it myself but there are die hard fans and from prior use on other mods it does help.

Eleaf has made some decent tanks for awhile, I still use the Mello 300 for high wattage testing and a Lemo 3 for awhile as well, nice little tank.

The ELLO tank included in the kit comes out of the box as a 2ml capacity tank shown below with one of the included drip tips, they include 2. 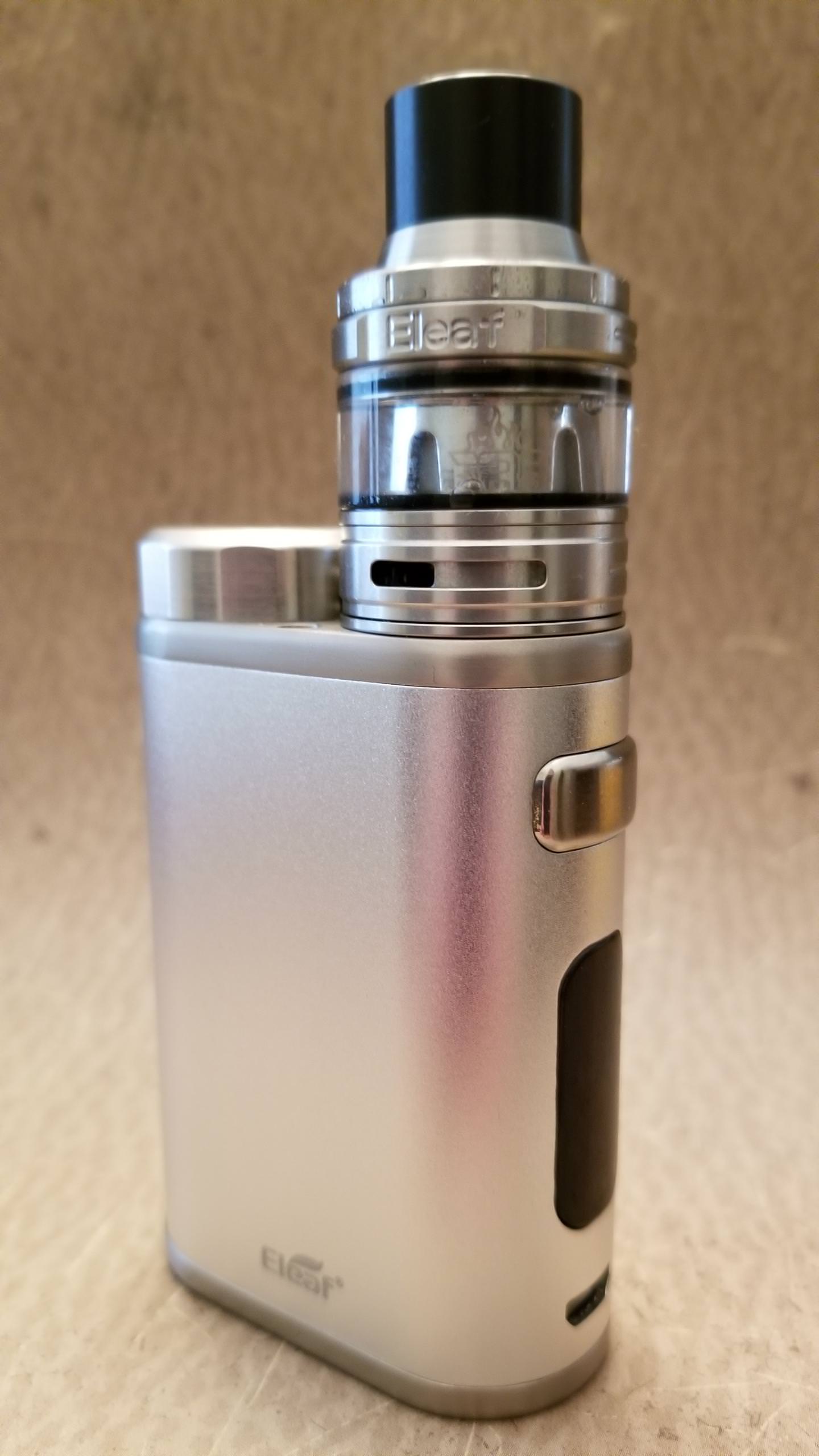 But it can be expanded to 4ml with the larger glass and chimney extension that is included. The second drip tip is shown in the photo below as well. 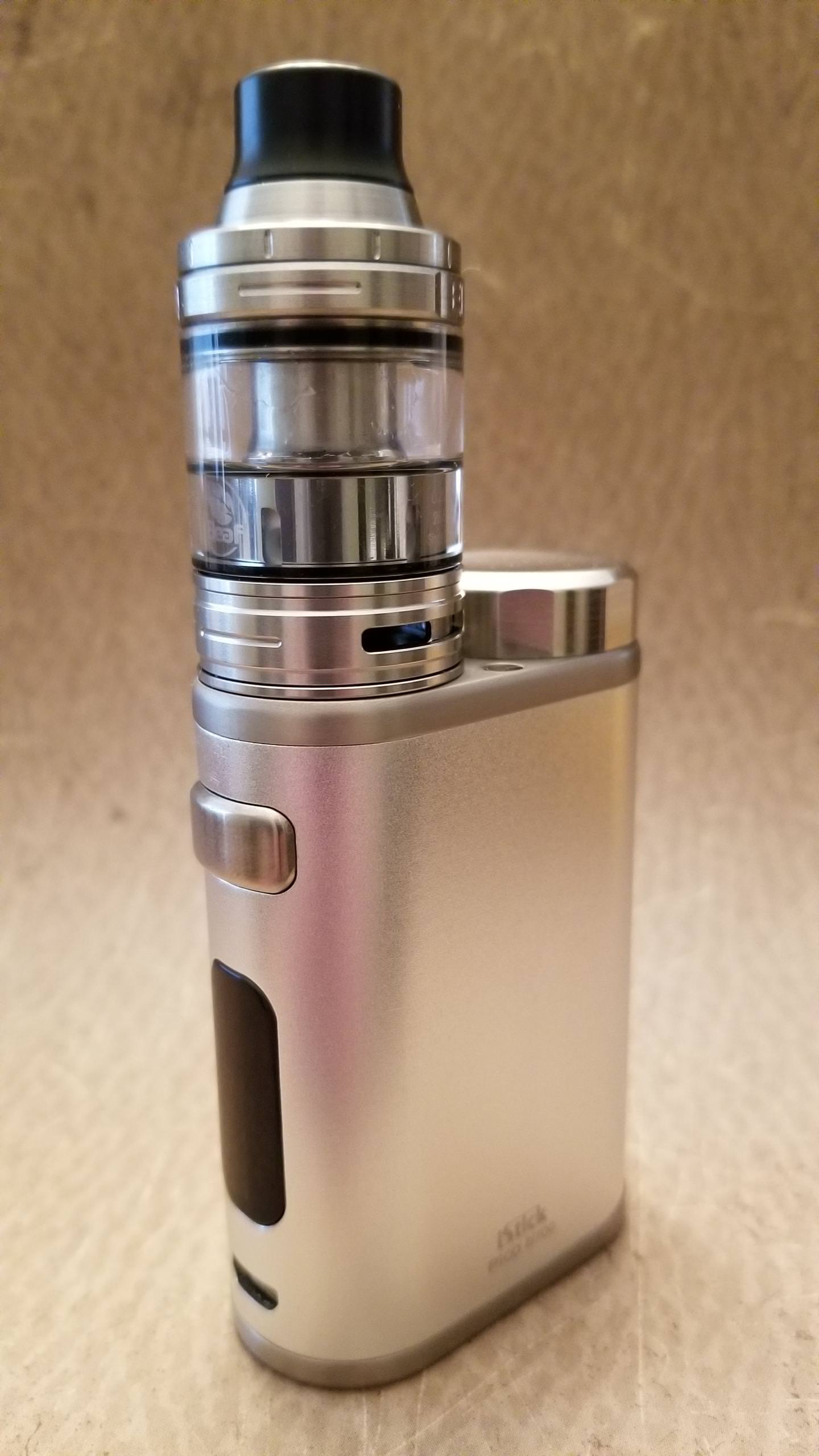 The fill port is accessed by sliding the top to the side and it is big enough to take a glass dropper with ease. 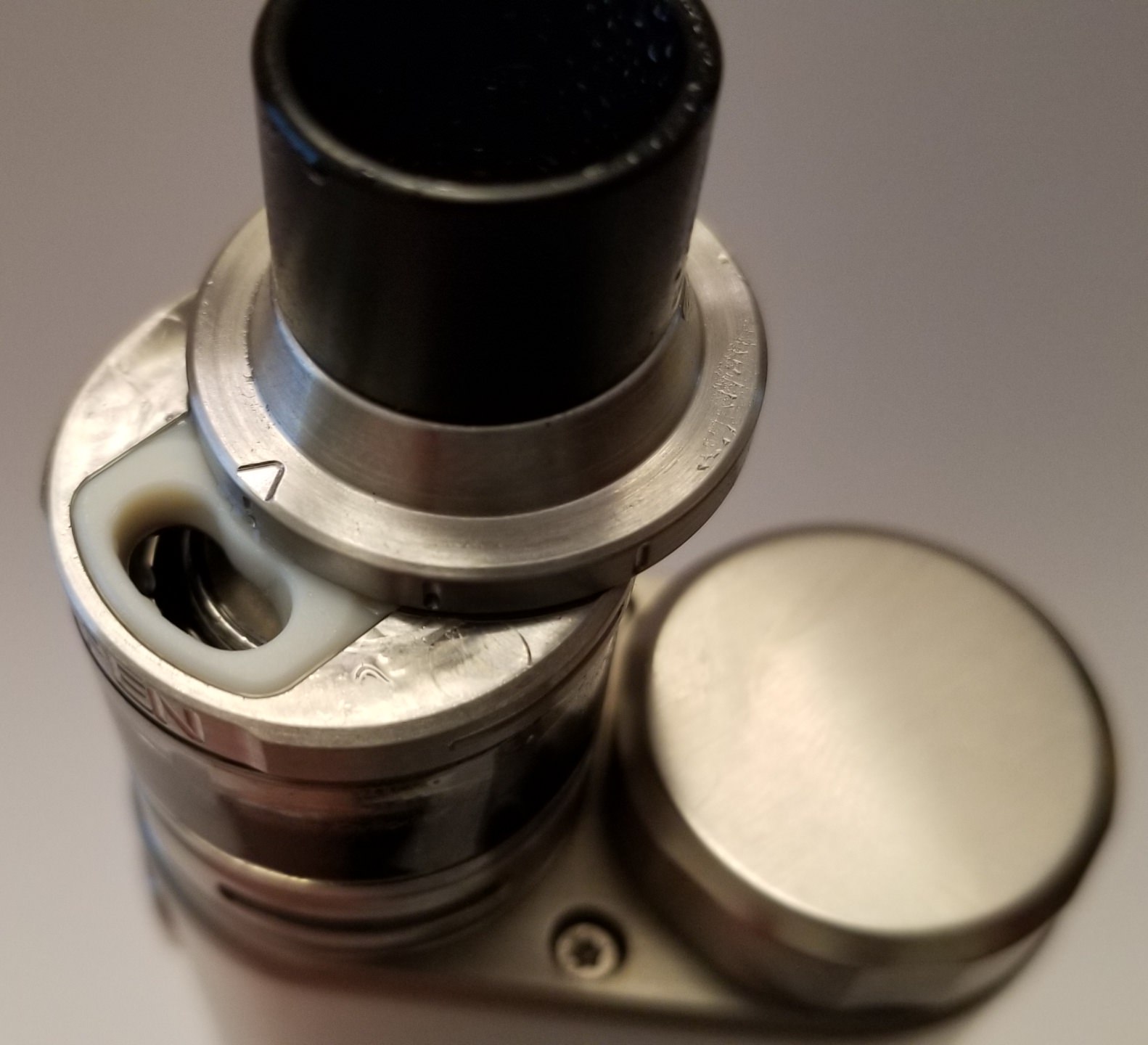 It can be a little bit of a pain to fill with some 100ml bottles when the drip tip is still on. 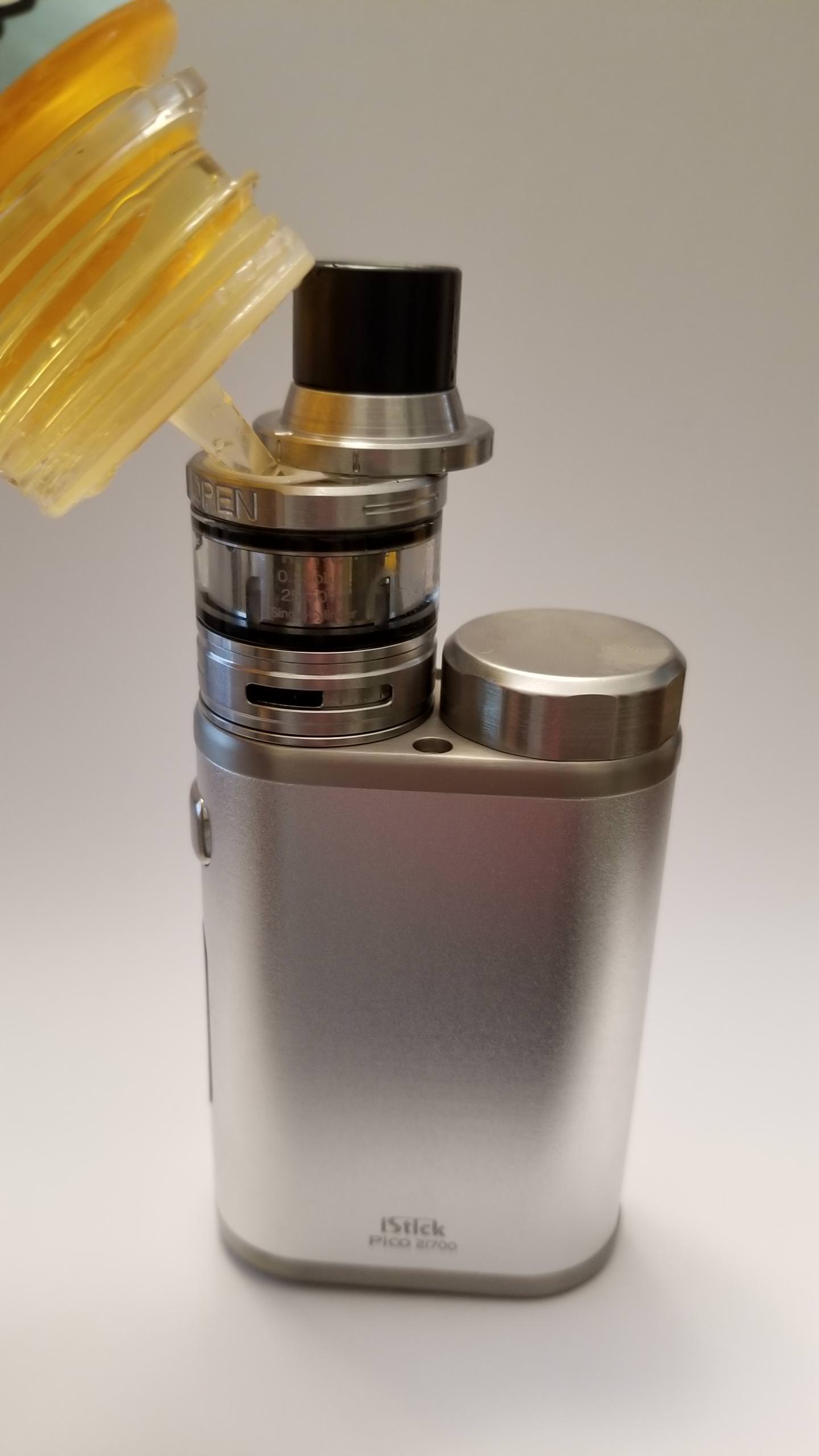 The tip is barely in there, I find it easier to remove the drip tip when using those bottles.

The HW2 0.3Ω dual coil comes preinstalled and what I used first. Flavor and clouds are good with this coil, nothing phenomenal about it but it worked well and lasted close to a month, not bad.

The HW1-C 0.25Ω single coil uses cotton around the coil but also has a ceramic insulator, from what I gather it is to shield heat. The ceramic is not used as a wick as shown in the pic from Eleaf below: 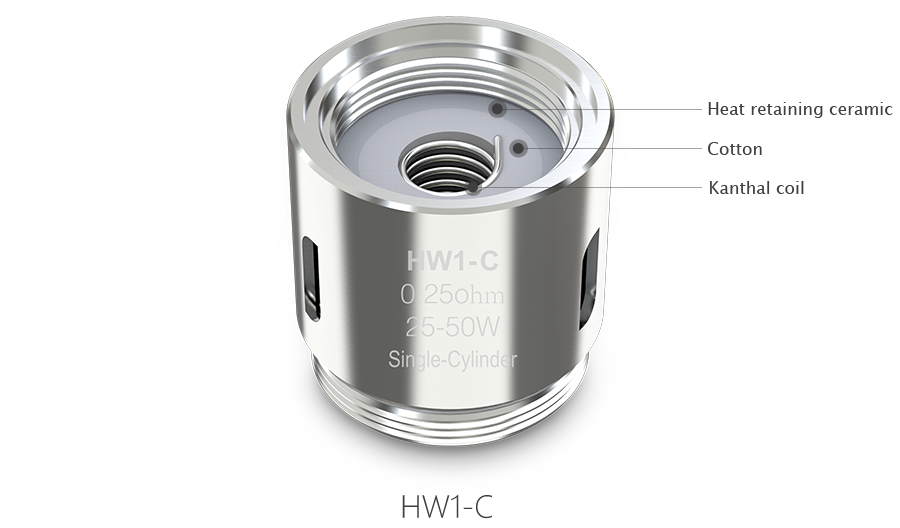 I had no idea what to expect from the HW1-C coil but after priming, filling up the tank and letting it sit for 10 minutes to fully saturate the flavor was off the charts good. I use the same juice in all of my tank reviews so I always have a reference and the flavor really popped. That first day I had already added the HW1-C coil to my wishlist at a vendor to purchase the next time I ordered, that is how impressed I was. Over the next few days I was still happy but it seemed to be losing a little something. By day 4 I had to reduce the power by 10 watts to avoid dry hits, seemed the coil was already going bad. My initial excitement faded but when I removed the coil I did see some charing on the cotton, could have been user error on my part but I don’t recall getting a getting a big dry hit, enough to burn the cotton. I will still order more of the HW1-C coils, there priced well in a 5 pack and I may have just gotten unlucky. The first few days with it were excellent so I am willing to give it another shot.

The ELLO uses Baby Beast compatible coils, I confirmed this with the last BB coil I had on hand and it worked just fine. I am not a big fan of Smok’s BB coils but there are other compatible brands that work great. I hope that the new set of Eleaf HW1-C coils is a winner, I will use that coil in my other tanks that use the same coil as well, it really was an eye opener.

Overall the ELLO is a fine tank that I enjoy using, would have been a spectacular tank had the HW1-C coil lasted longer. The build quality is there and the compatibility with baby beast coils means you won’t have a problem finding coils that to work with it.

For Pico fans I don’t think you will be disappointed with the 21700 version, the biggest limitation being the lack of really good 21700 batteries but that should improve with time. I personally don’t have any major gripes aside from the inconsistent TC. I don’t find myself using this kit much if at all from here on out though but if it was the only thing I had on hand then it would get me by.

Really my favorite part of this whole kit was the ELLO tank with the HW1-C coil installed for a couple of days. The coil went south on me rather quick, I am hoping it was just a bad coil and intend on ordering more to find out. The flavor those first few days was excellent, if I can reproduce that and have decent coil life then yeah!!!!!!!!!!!!! As tested though I was pretty bummed out when the flavor faded and the coil went bad, I can only test what I was given.

I want to thank Eleaf for sending me the iStick Pico 21700 kit with ELLO tank to review. It may not be my cup of tea but it served me well as a power only mod for more than a month.