Thank you for taking the time to view my review on the Laisimo F4 quad 18650 360 watt mod review. This was provided directly from Laisimo for the purpose of this review, more info can be found here:https://www.laisimo.com/goods-59.html

Please keep in mind that this is a pre-release version and my contact at Laisimo has assured me the engineers are still working out the kinks prior to final release. I have been letting them know any issues I have come across in the month I have had the F4, this is not just a review but a beta test as well.

There is a lot to get into so if you would like to save some time I go over most of the major points in my Pros and Cons as well as conclusion.

So you just got a Steamcrave Titan or Voltrove 41mm tank but overhang gives you the heebie-jeebies? Well Laisimo has a mod for you…..Enter the F4! 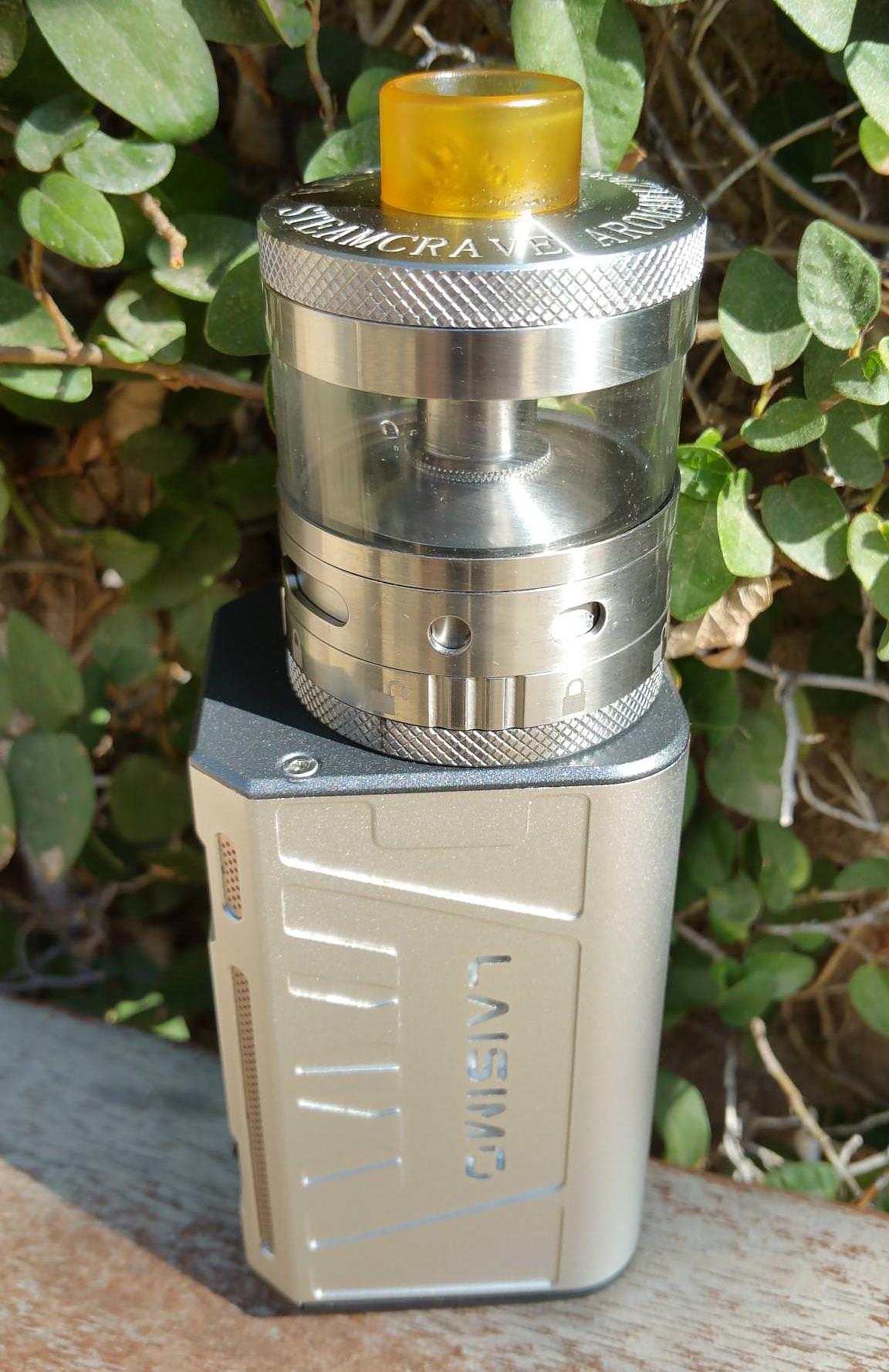 First thing out of the box was it sure is lighter than what I was expecting but doesn’t feel cheap. How light you ask (maybe you didn’t ask but I am going to tell you anyway) at only 168 grams without batteries it is lighter than the Wismec Reuleaux RX200S at 173g, Lost Vape Triade at 191g and the Snowwolf 365 (4) battery mod at 180g. Loaded up with (4) Sony VTC5A batteries is weighs 360g which is not far off the Triade loaded with (3) batteries at 335g.

They used the same screen as there Wyvern 235 which is a good thing, I really like that color screen. It is easy to see even in direct sunlight, I think it is one of the better screens on a mod especially when you consider the price point. 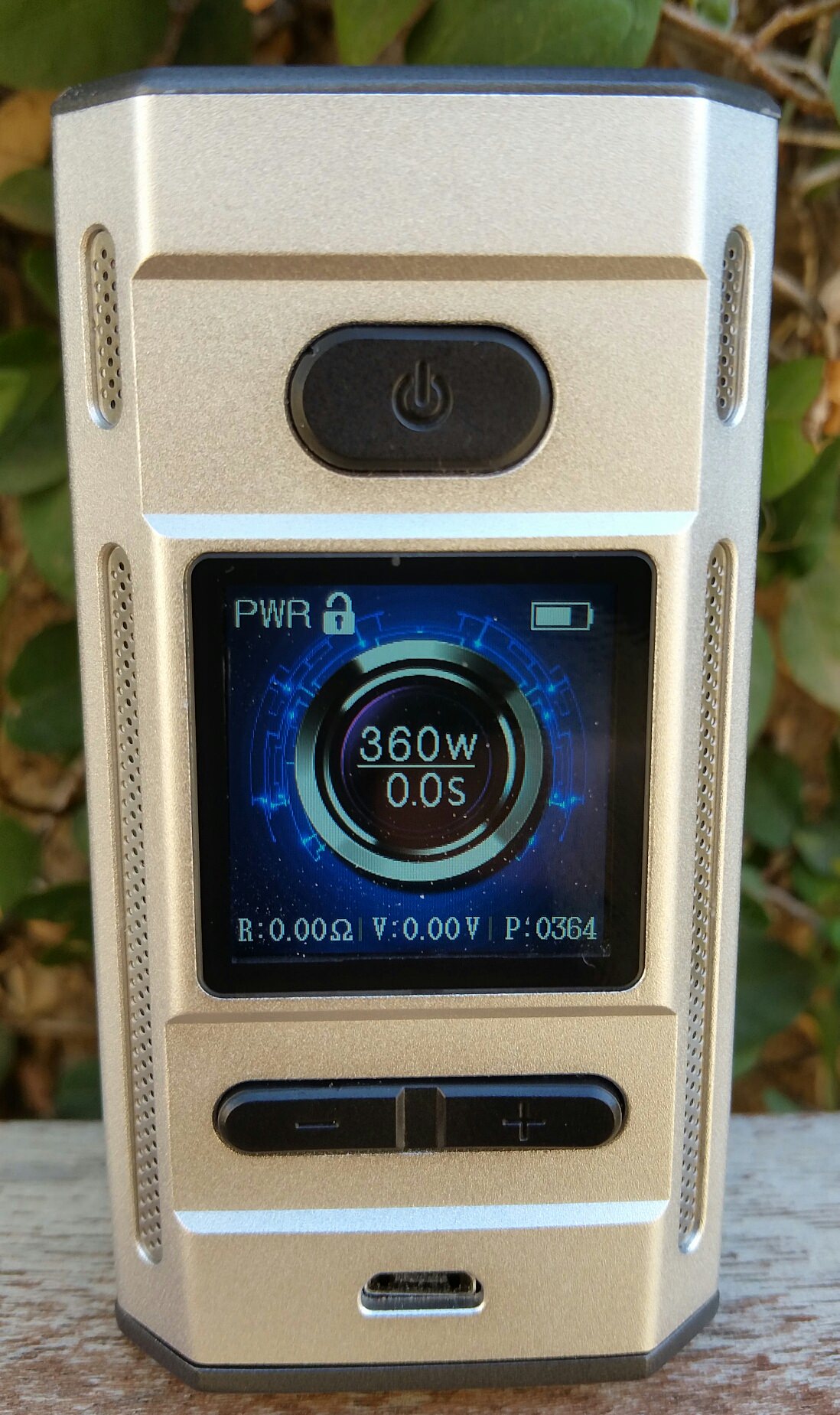 You can even go into the menu with 3 clicks of the power button and see the levels of all 4 of the batteries. 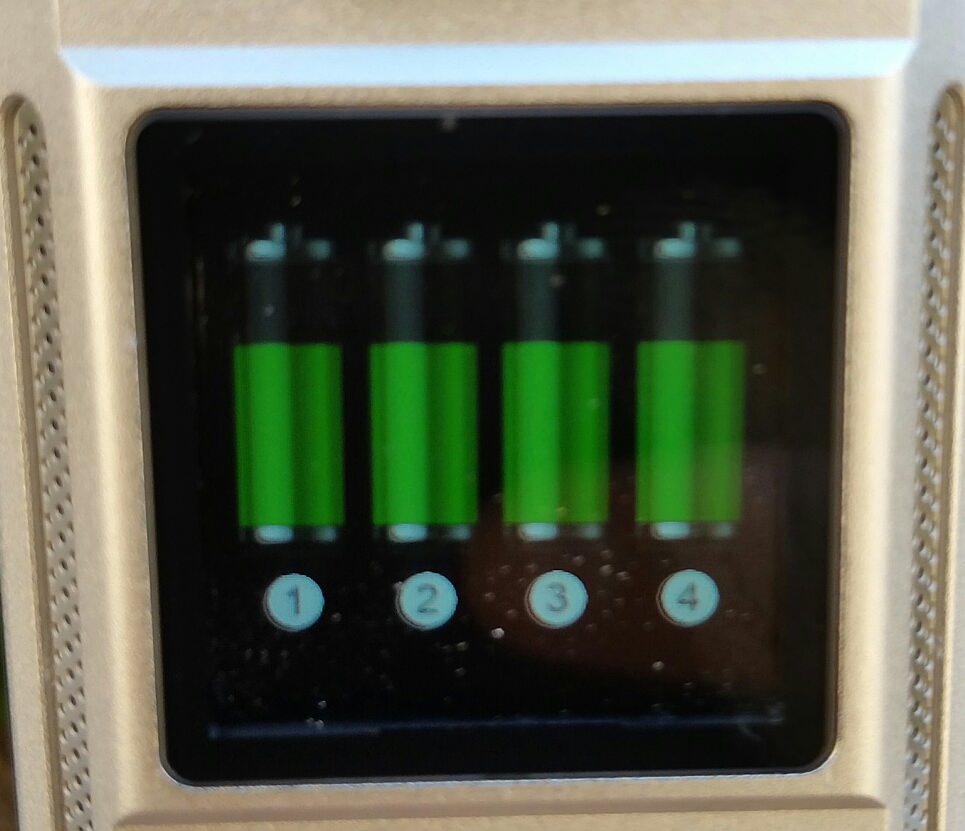 Is it big….it holds 4 18650 batteries so yeah. They did a good job keeping it as small as you could possibly get it. Sure I got teased a little…. “hey can I get a beer out of your mini fridge” hahahaha, very funny….punks.

Here are some comparisons to the RX200S and Triade DNA250 so you can get an idea. 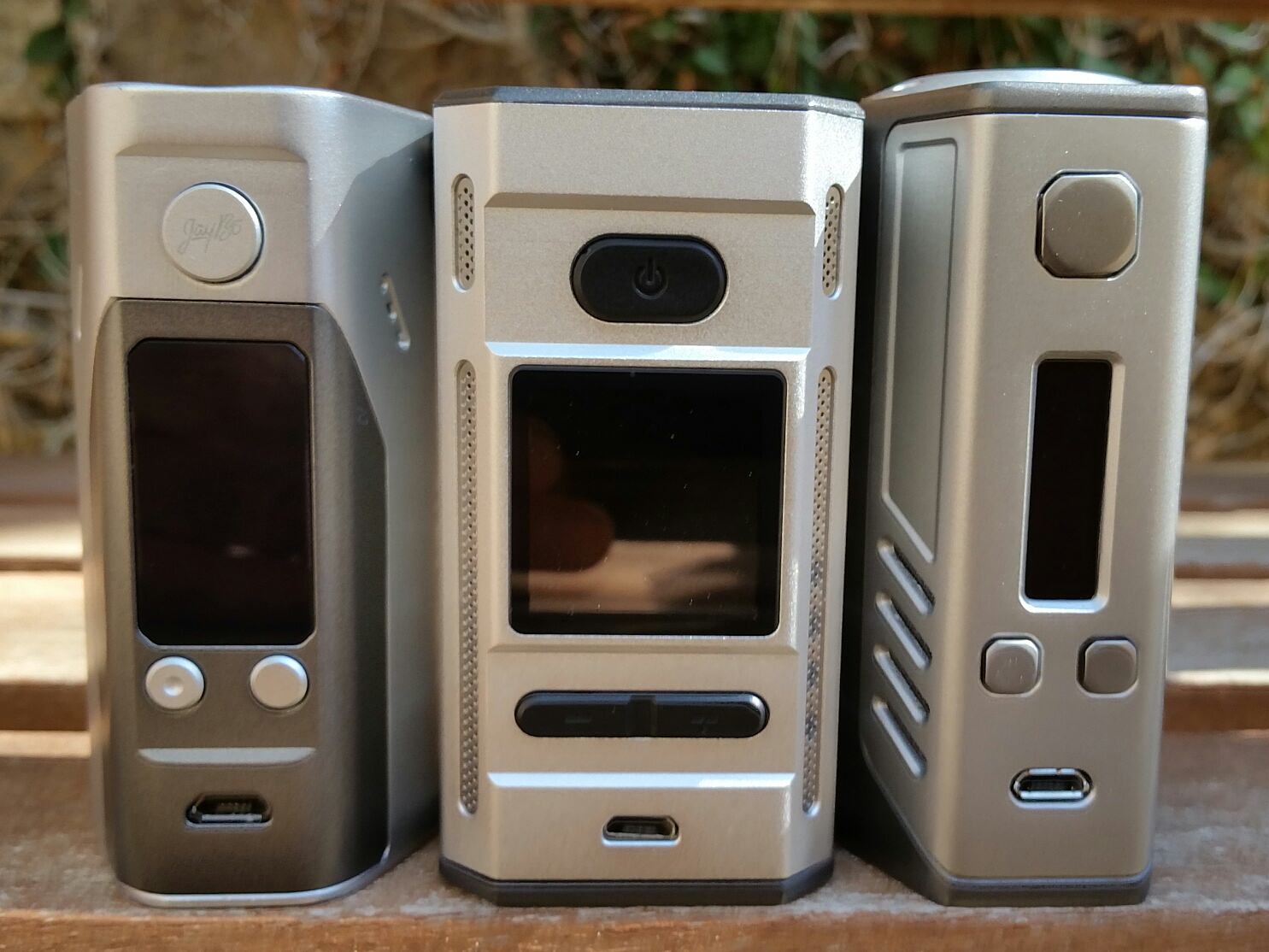 It is actually more compact than the Snowwolf 365 quad battery mod but the Snowwolf has a better Reuleaux style configuration which makes it more ergonomic to hold. 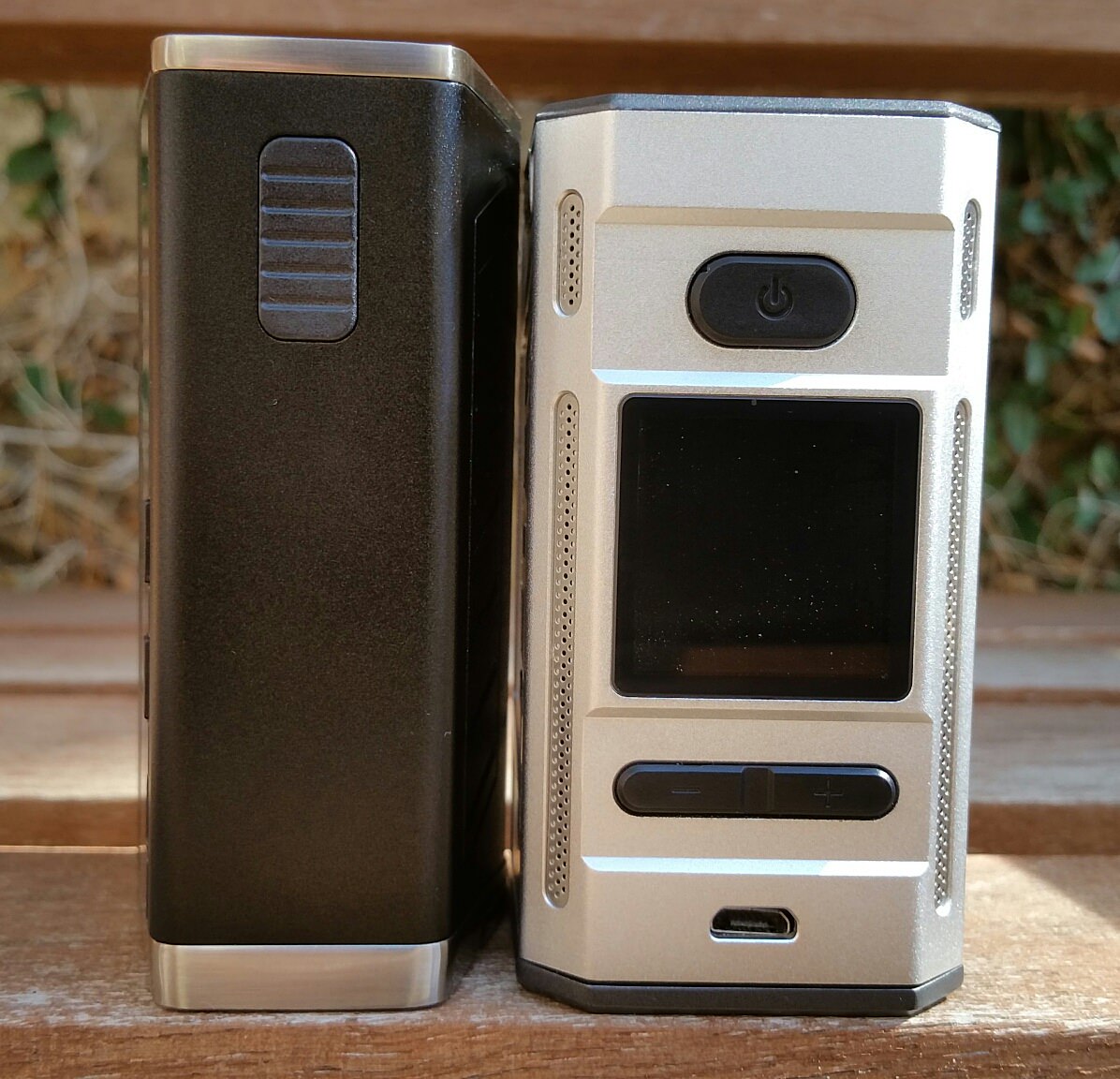 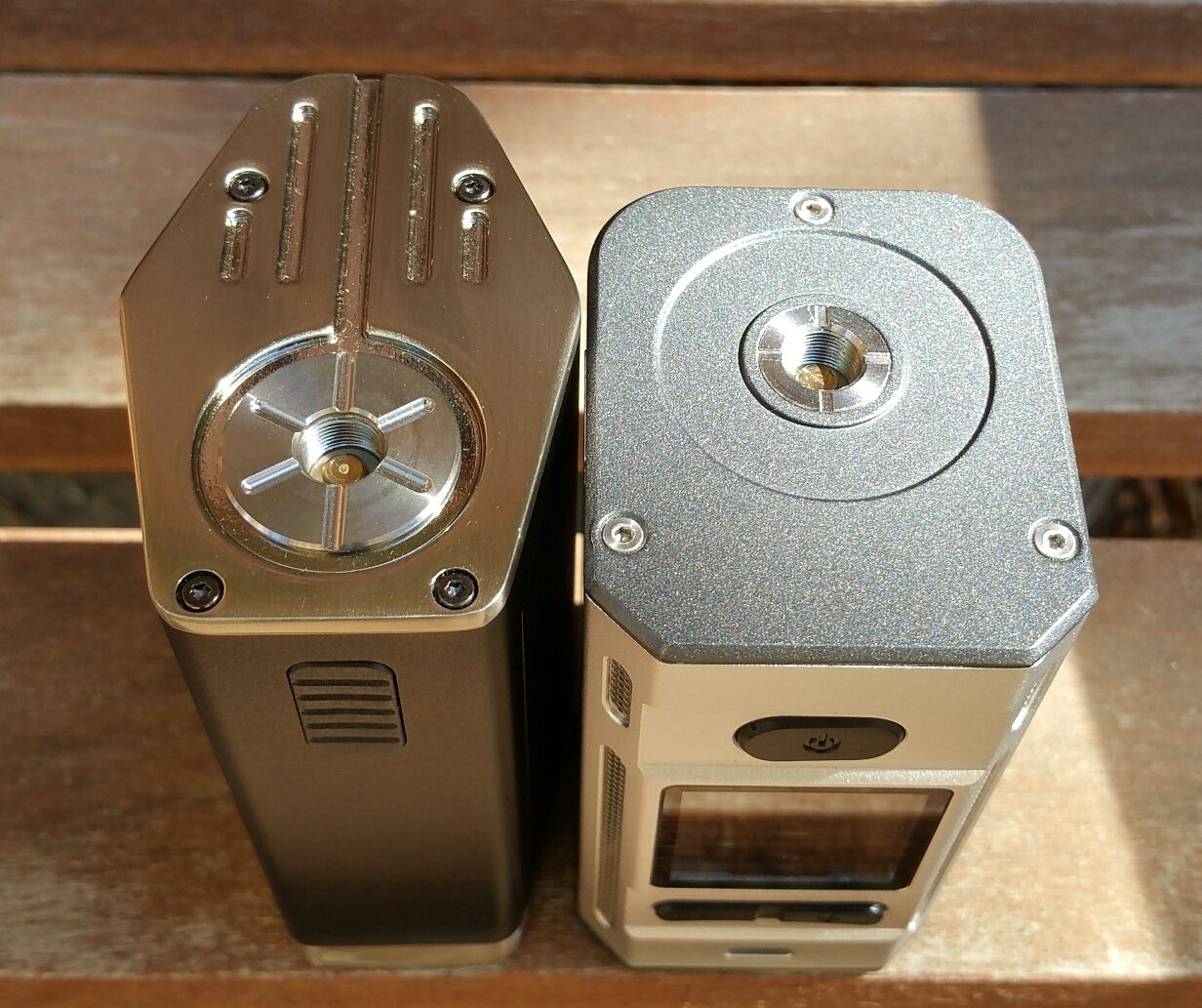 The interface is basically the same as the Wyvern 235 with the exception that the F4 adds a Power Bank mode (yes it does work, I was able to charge another mod as well as my cell phone) the battery power screen I referenced earlier and a option to adjust the colors of the side Laisimo LED’s. 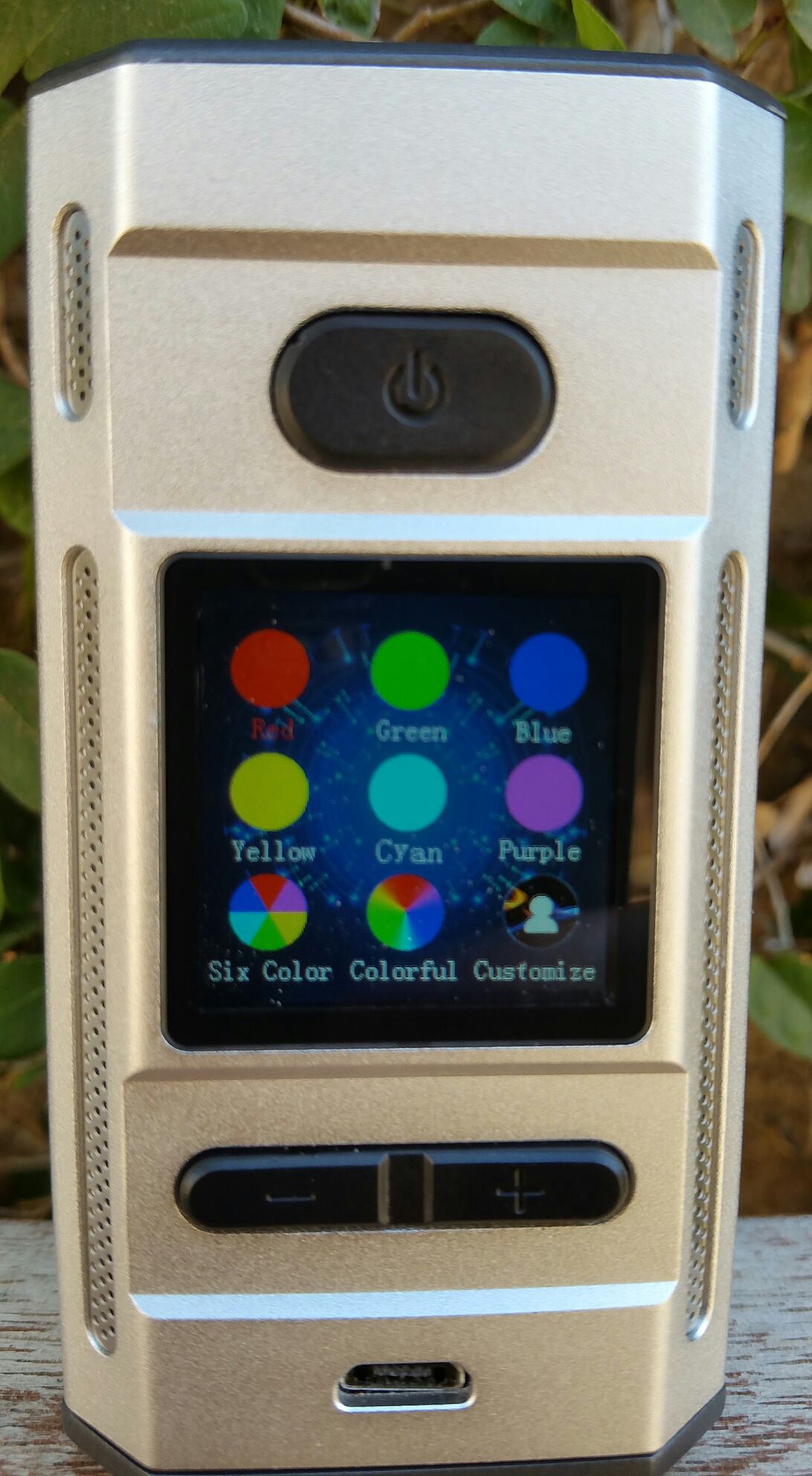 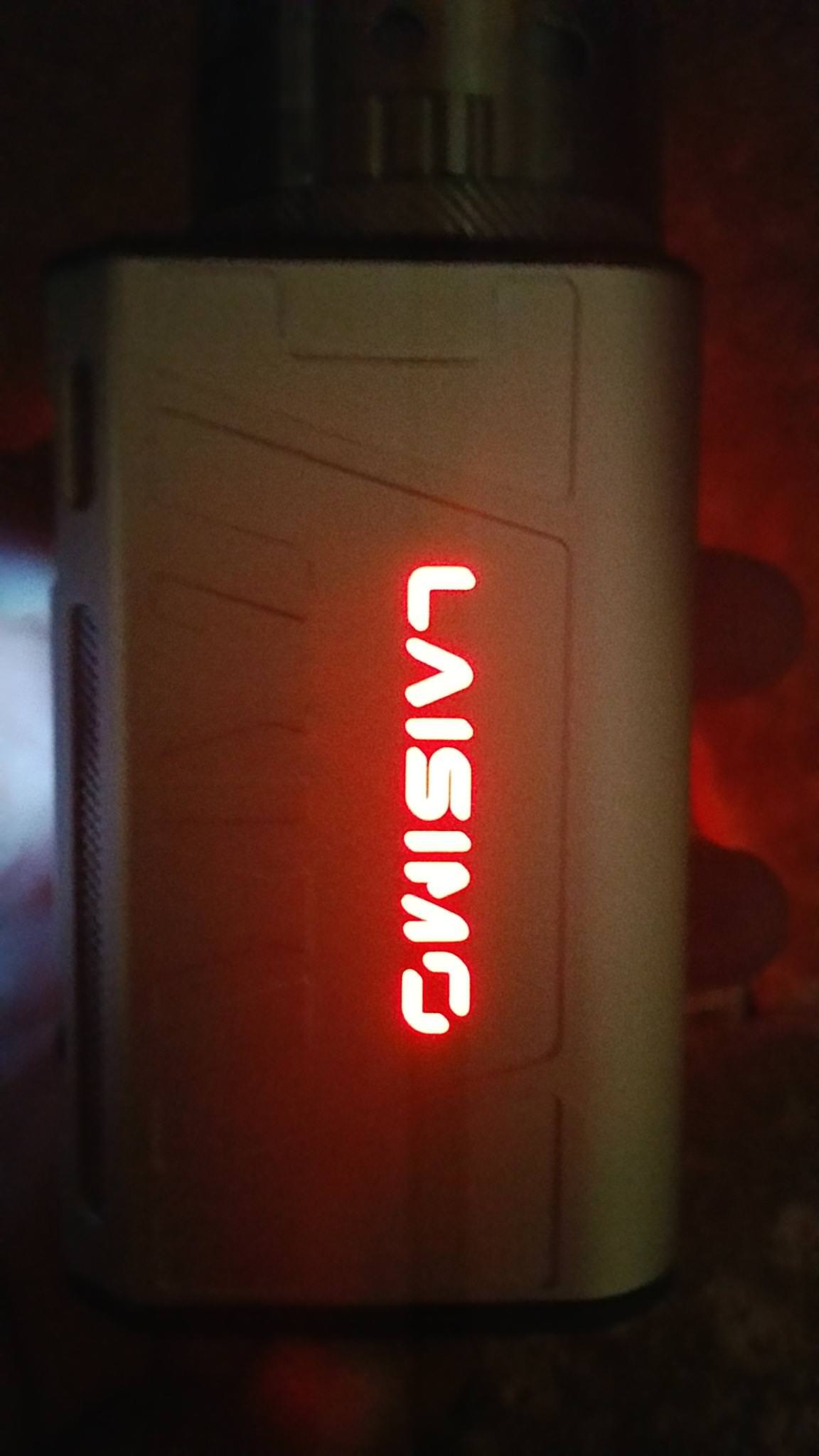 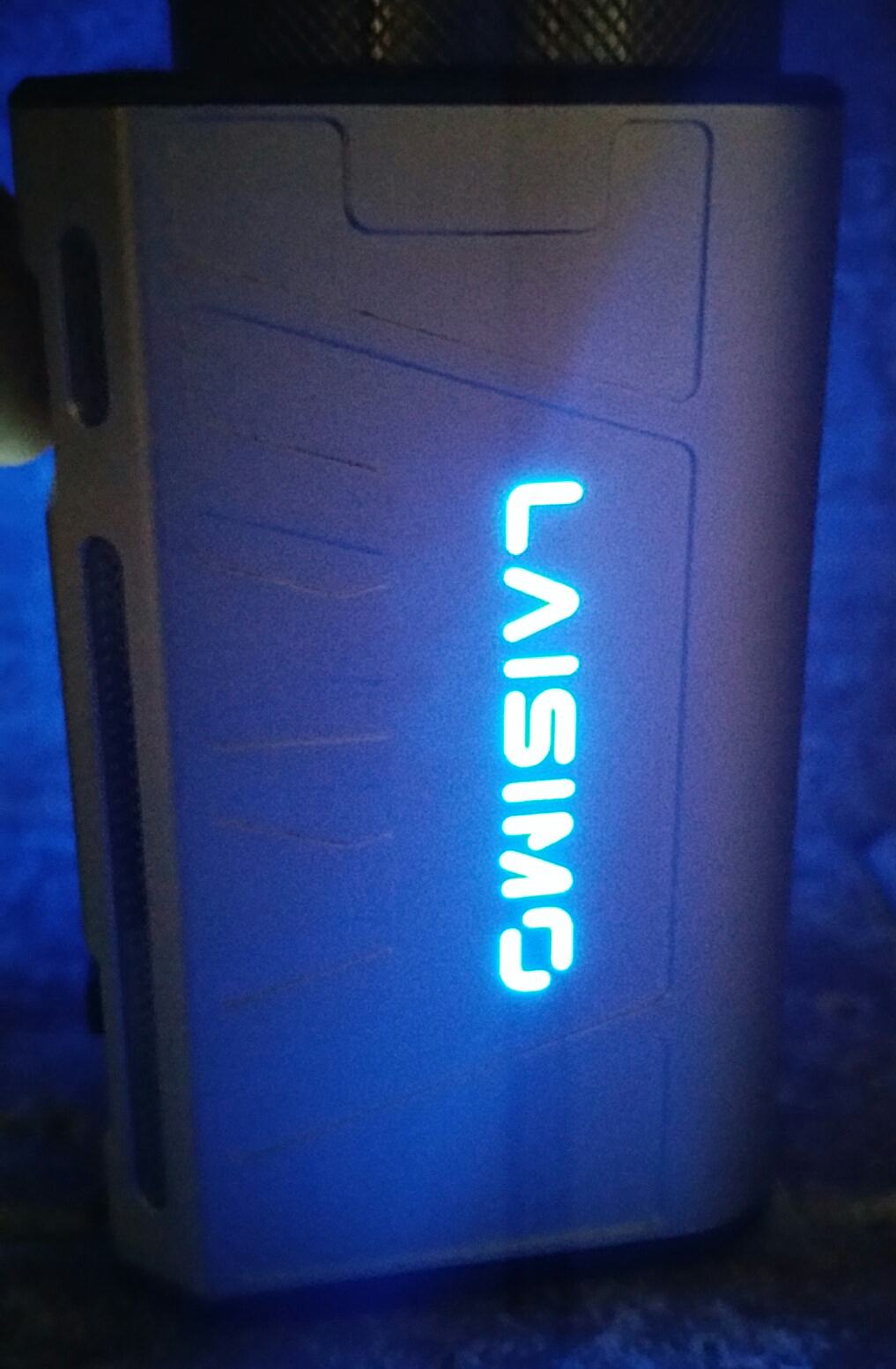 You have a number of different options for the colors on the side including using the custom setting and leaving all the options as 0, this will essentially turn off the side lights.
I need to note and I also made Laisimo aware that at times the left side would be off but the right side of the LED would work. It would then come back on by itself for no apparent reason, this has happened 3 times in the month I have been using the F4. Doesn’t affect performance any, just looks.

The battery door is secure but there is a little flex, I would have liked to see another couple of tabs on the sides rather than just on the end. I never felt like it was going to come off though but a little more secure would be nice.

Check out them guts

I have been known to take apart things and sometimes I put them back together. Ever since the “Press fit 510 scandal” I have been checking out mods to make sure my precious tanks aren’t going to just flop off and crash. That is even more important if you are using one of these hot tub sized tanks, they are almost as heavy as the mod itself. Well, I am happy to report that Laisimo done it right, 510 is secured from under with a nut. 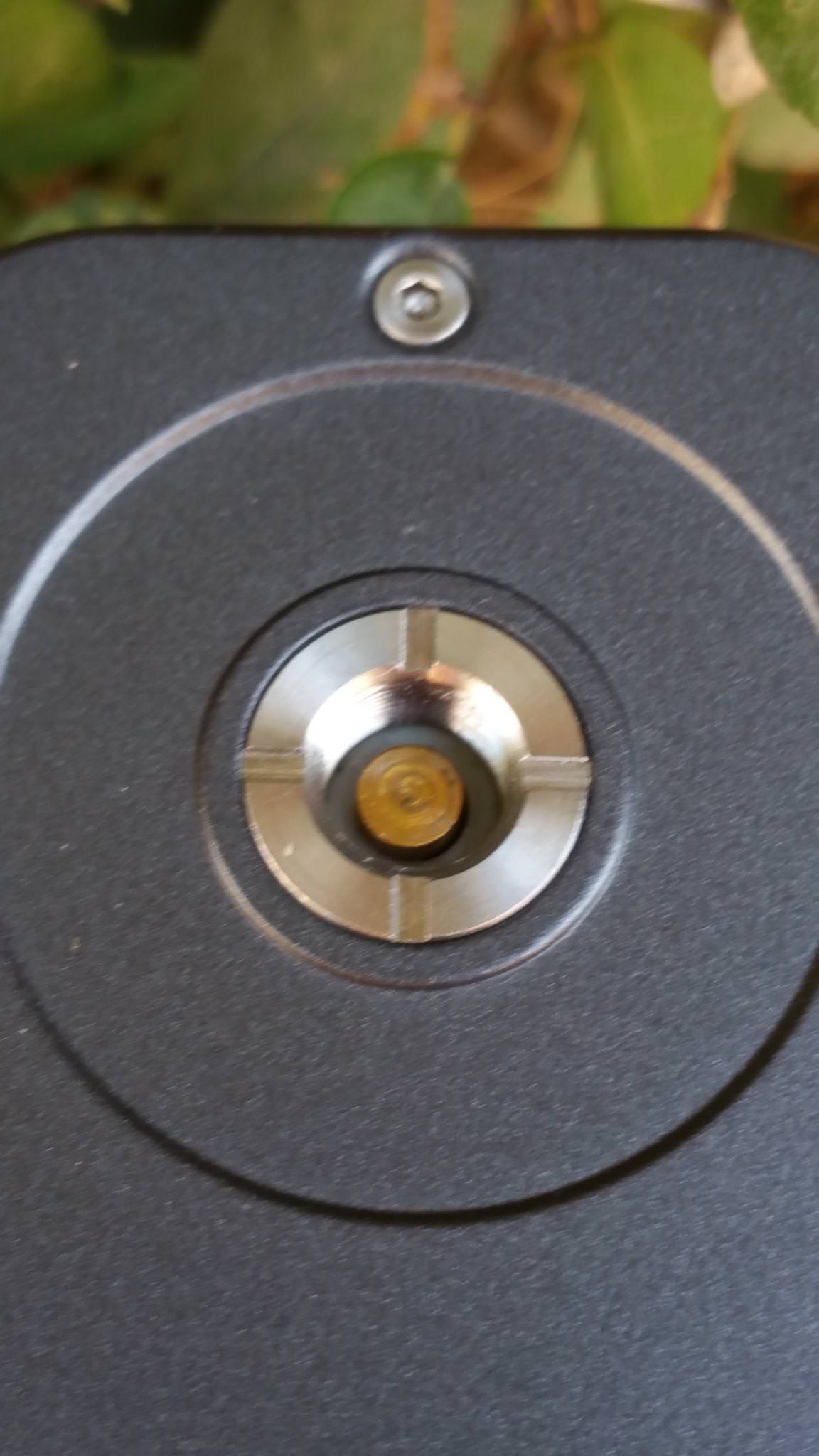 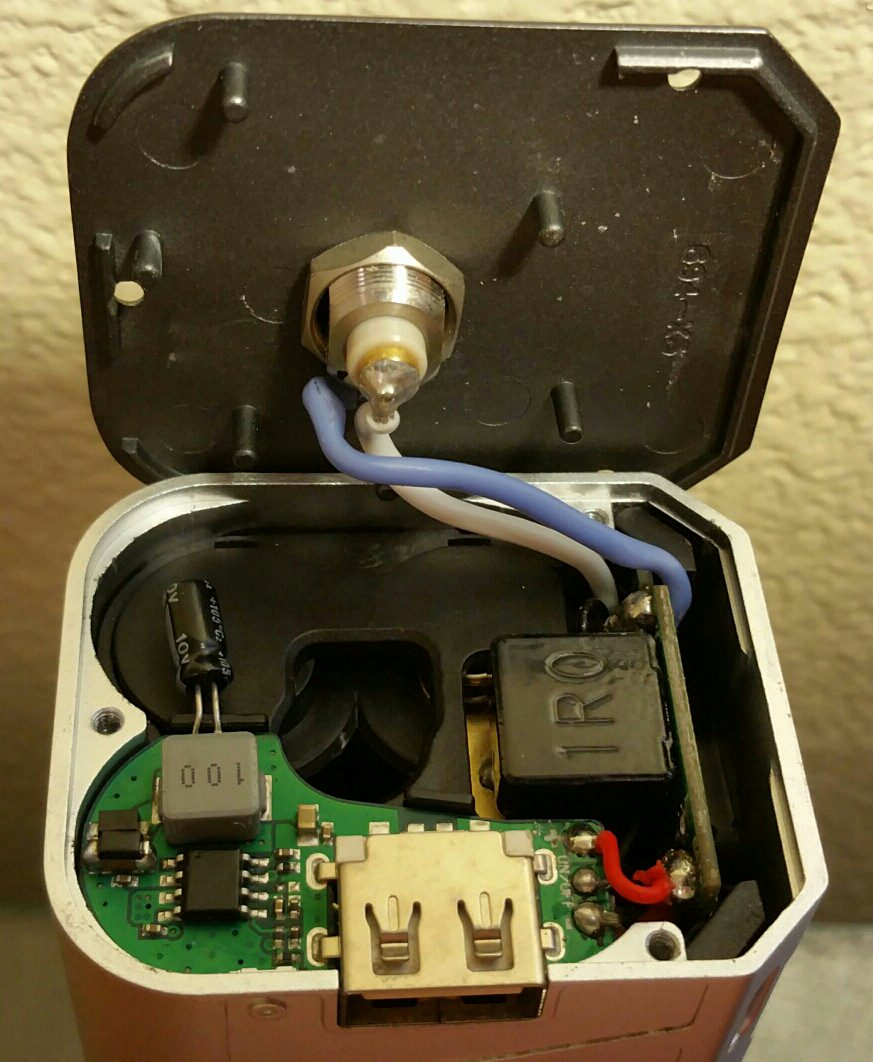 Good travel on the 510 and all my tanks sat flush and resistance was read fairly accurate. If resistance was off it was 0.02 at most which is a miniscule amount which won’t make much of a difference if at all.

I try to fully disassemble every mod but the power button would have likely broke if I continued.

Now I don’t have a tank that will take 360 watts nor do I want one, just not my style. I do have some Melo 300 coils which are rated at 300 watts and I know they will do 250 watts so I apologized to my esophagus and tried it……sigh. First I compared with my Triade DNA250 at 250 watts, both mods with fresh off the charger Sony VTC5A batteries which is at a minimum what you need to get those numbers. Really it was so hot that it is hard to compare but I was able to handle 1 second draws with just loads of clouds. From as much as I could take the F4 seemed to be a match, then I went to 300….idiot. At 300 watts on the F4 I was able to handle half second draws, not the He Man like 1 second draws I was taking at 250 watts. Whether it was hitting 300 watts I can’t tell you for sure but it sure was hotter than 250. I will leave the oscilloscope tech ratings to the pros like @Anthony_Vapes and Daniel.

A couple of items are missing like a preheat or power curve. Not sure how popular those are but it would be nice to have the option. I did find myself taking a primer hit on a cold tank to get the coil heat up before taking a draw, this could be alleviated with a preheat but all in all it wasn’t bad and minimal fire delay.

In general I have been happy with Laisimo’s TC performance in past mods like the Snowwolf 200W Plus and the F4 was no different. It is not as accurate as a DNA or Yihi chip but it is pretty damn close and provides a very satisfying and smooth draw. At 430f I was able to vape my cotton dry without any burnt hits most of the time. On a few occasions with larger SS316L coils I would have to turn down the temp, sometimes as low as 415f to avoid dry hits. My theory is this was happening with large Alien coils and they tend to take longer to cool down, the F4 may have taken just a little too long to engage TC. With more normal SS316L coils I did not have this problem including some quad core fused claptons but they used 30g core with a 40g outer wrap.

There are 2 DIY modes in which you can set your own TCR, I did not get too deep into that as the preset SS mode worked so well for me but in my limited testing it worked reasonably well.

One thing I find to be a big con is wattage is limited to 120 when in temp mode, makes no sense to me and at times felt I needed more. I am hoping the Laisimo engineers can address this issue prior to release.

I am hoping and praying the Laisimo engineers fix this, if not then get use to seeing this a LOT. 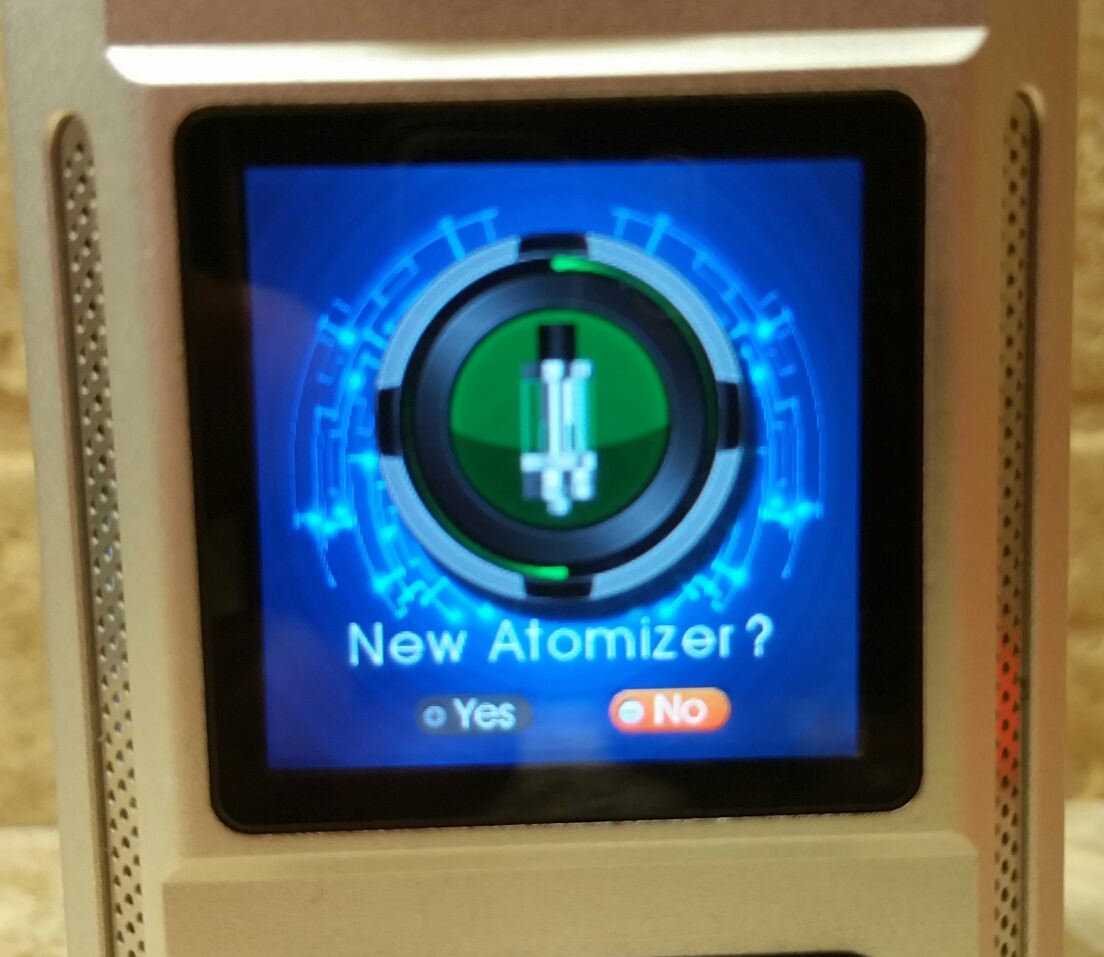 It doesn’t just happen when you attach a new tank or power on the mod, it happens soooo much, same bug they have with the Laisimo Snowwolf 200W Plus. It defaults to “No” so I got use to just hitting the fire button and if I got no vapor I hit it 2 more times, once to confirm it is “Not” a new tank and a second time to vape. If your chain vaping it doesn’t do it, you can take 20 hits in a row if you want without the confirmation screen. Put it down for awhile though and it feels like 8 times out of 10 you get that dreaded screen.

I did find something interesting though, I had a 0.20 ohm build and switched to a 0.16 build. When the confirmation screen came up I said no to see if it would keep the 0.20 setting but it read it right and displayed 0.16 ohms. I don’t find that as a con as it is doing the right thing but then why do we need the confirmation screen? In the owner’s manual it states to press the – and power button at the same time to read the resistance when in TC mode, why is it redundant? If they just got rid of the confirmation screen it would make life so much better.

I got no complaints here, I felt the F4 used the (4) 2600 mah VTC5A batteries well. I was able to get 360 puffs vaping between 120 to 135 watts which is pretty good. As I type this I have over 500 puffs with a mix of TC vaping and Power mode at 100 watts. I just removed the batteries and measured 3.53V on 3 and 3.54V on the 4th, that is excellent and it is still providing a nice powerful vape. This was with the side LED’s on all the time, I actually sort of like them. You can get a little more battery life by turning them off though.

The USB does charge the batteries although personally I would not recommend it. I did not try to fully charge my batteries in the mod but I did measure an increase in the volts after being plugged in for a bit and it did a decent job. No passthrough, when plugged in to charge you cannot take a vape which is smart IMO for a mod this size.

The battery bank feature does work, to engage you hold both the – and + for 2 seconds to enter the mode menu. Just scroll until you get to the power bank symbol, hit the fire button and the small LED to the side of the USB interface lights up. I was able to charge another mod and also my cell phone, may come in handy. You cannot vape while the mod is being used a power bank though, you have to choose, vape or phone, vape or phone……just live without your phone for a bit and vape dammit…. Priorities…haha

Please keep in mind that I was given a beta version and Laisimo engineers are still working on the F4, as of the date of this review a release date is still not known. With that said I still really enjoy using the F4, if they just fix the new atomizer check and remove the 120 watt limit in TC mode that would be enough for me. Of course if they addressed all the problems I found I would but another one in a heartbeat, who knows I might just do that anyway if the first 2 are addressed.

I am very encouraged that Laisimo is delaying the release until problems are solved, what those problems are aside from what I found is not known to me. I am going to continue using the F4 I have even with the problems as none of them are a safety hazard, just an annoyance but not enough for me to stop using it.

I want to thank Laisimo for sending me the F4 for review, it will join the other 4 Laisimo mods I purchased and enjoy in my collection. For more info you can visit there website at: https://www.laisimo.com/goods-59.html 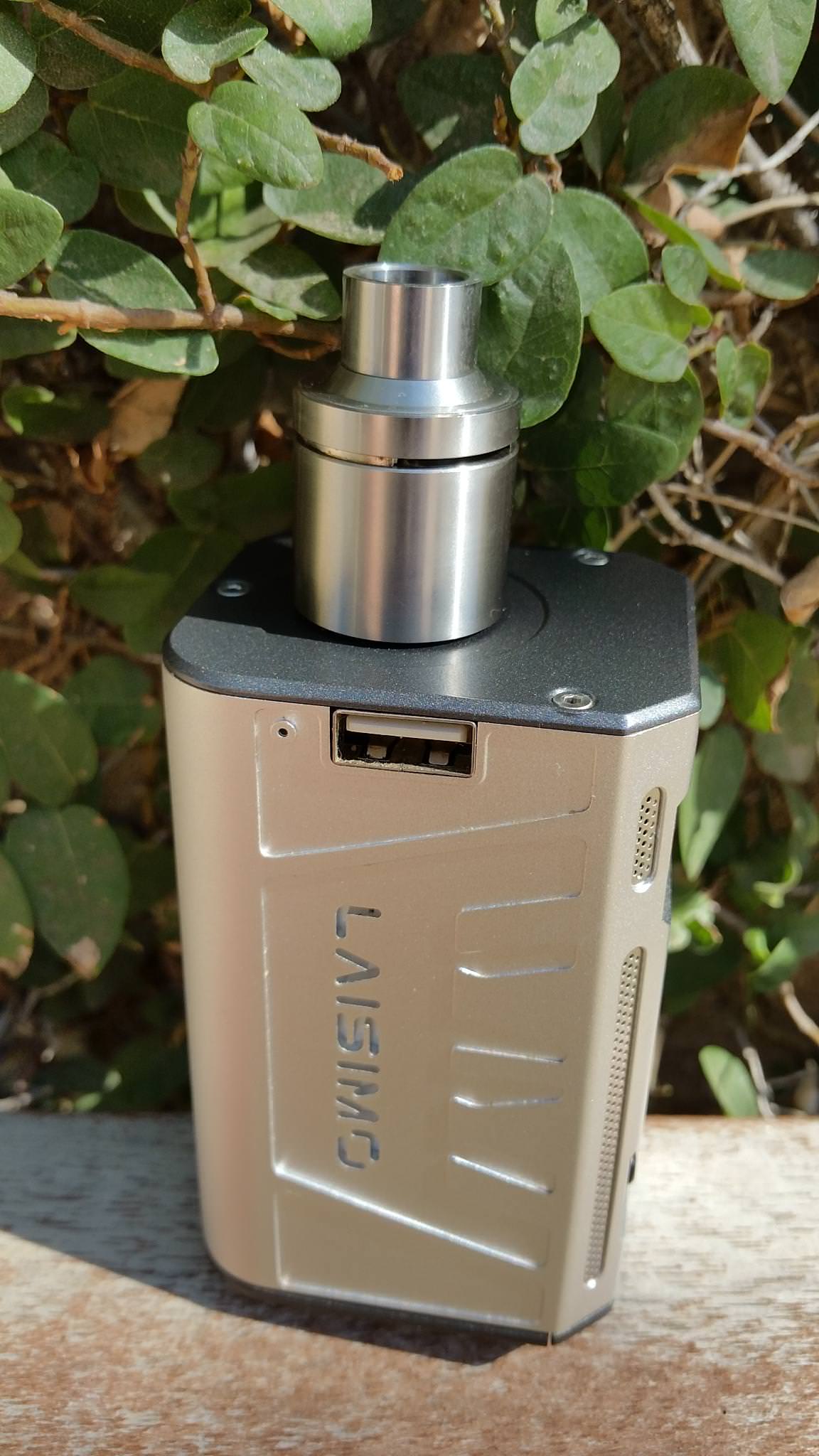 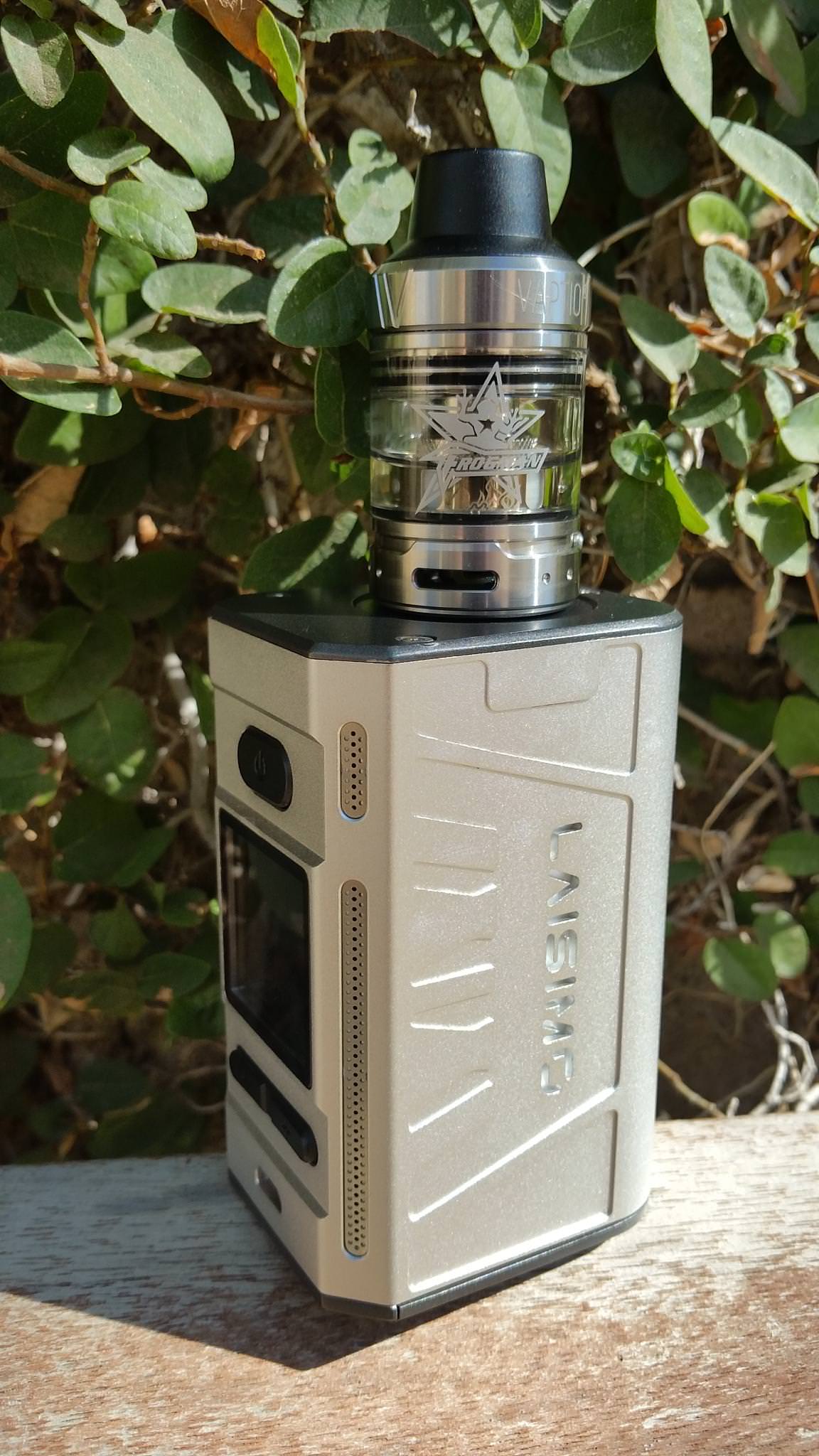 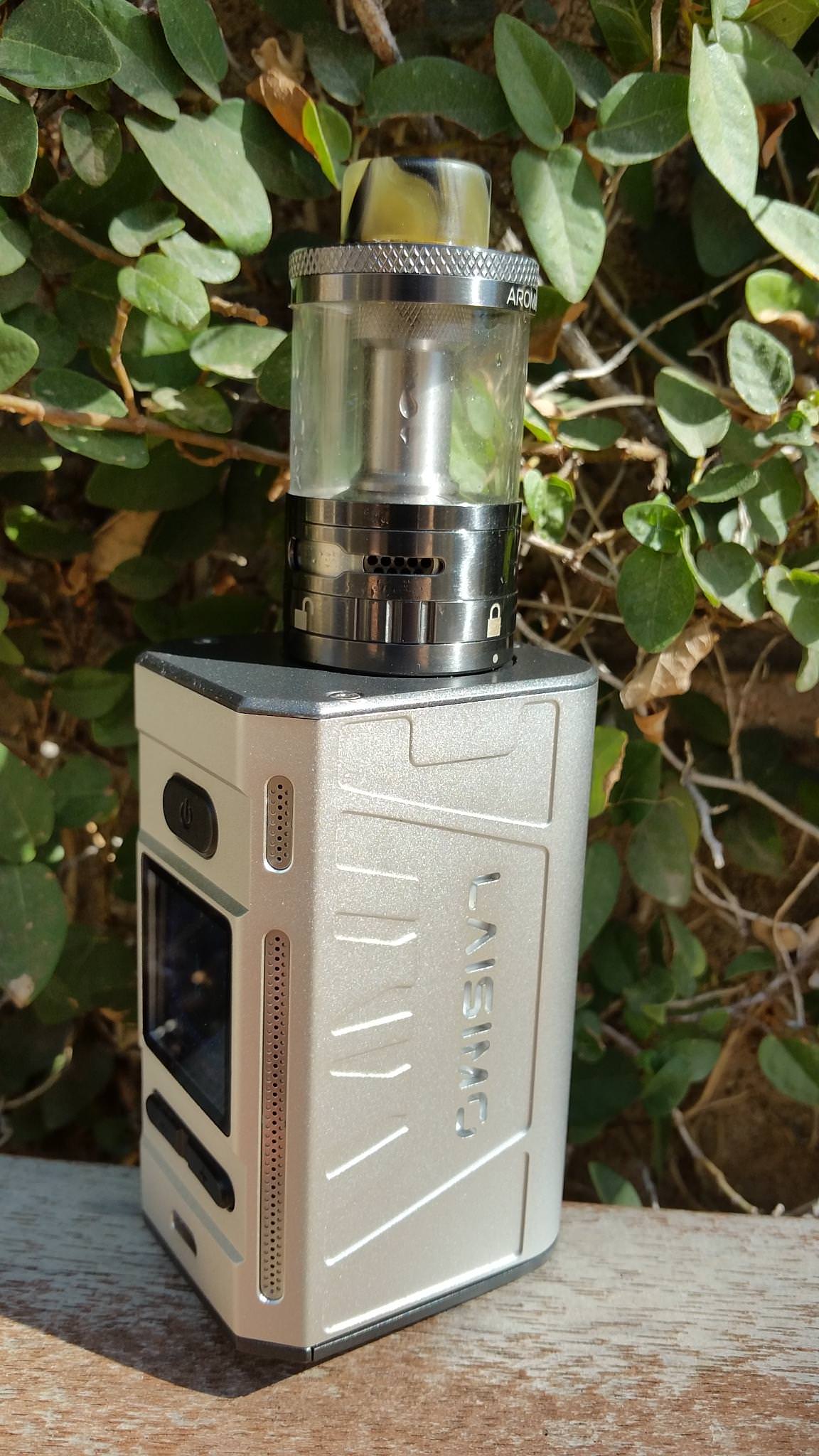 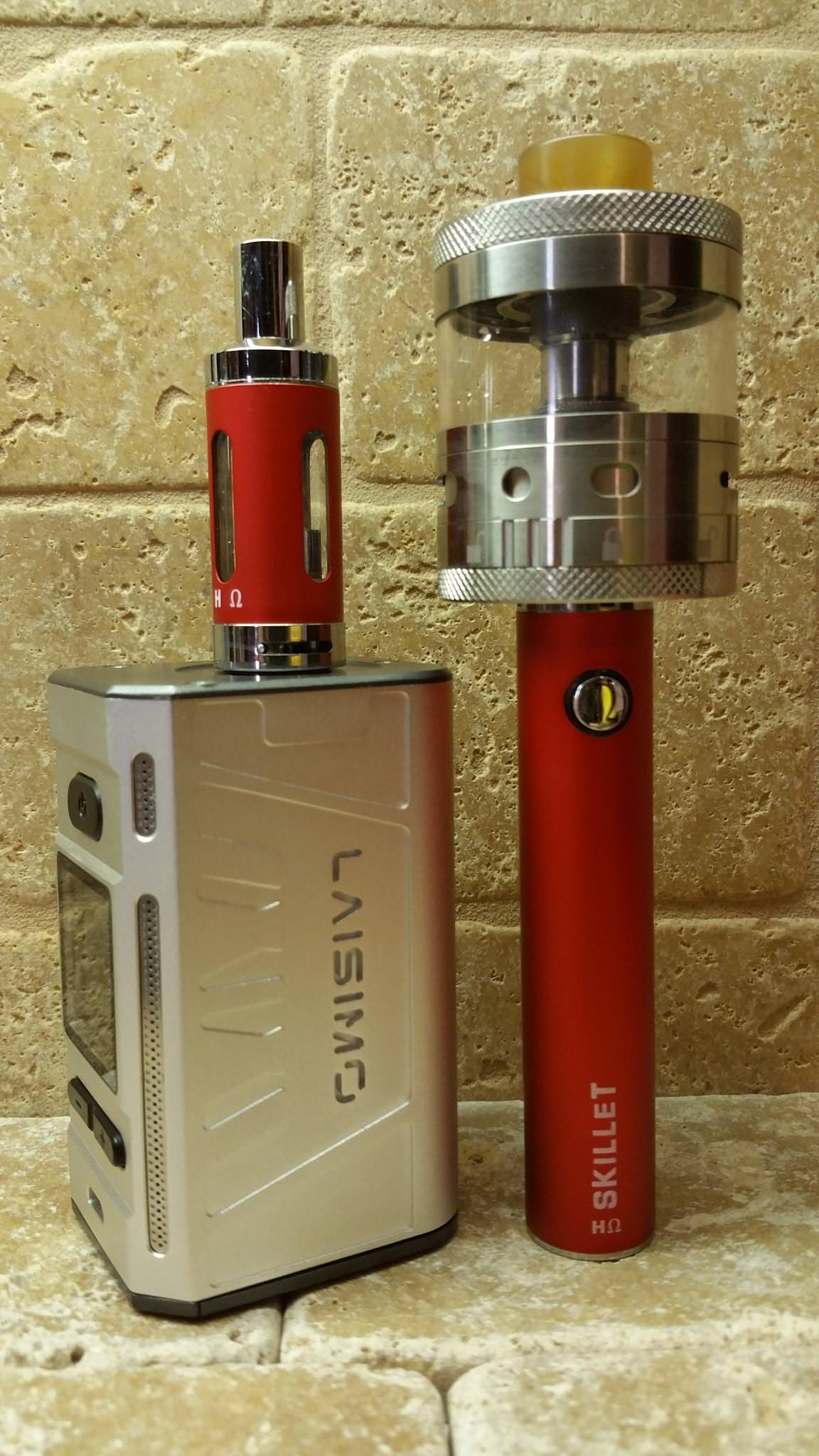